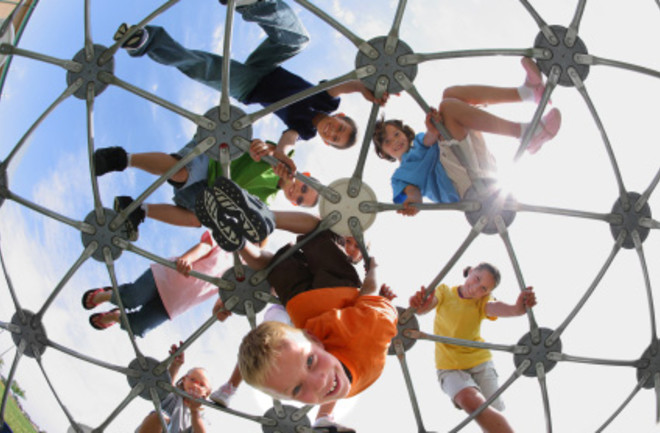 For those hyper parents who must know exactly what their kindergartner is doing at every moment--including how she's interacting with her peers, and how that will ultimately affect her chances of being accepted to an Ivy League school--here's a nifty bit of technology. Researchers in Japan are testing out a device for kids to wear that gives parents the ability to see everything that passes before their kid's eyes. New Scientist reports:

The technology builds on existing devices that can track the location of a child, but this gadget also monitors what the child is seeing, and even their pulse. If a child's heart rate is faster than usual, it snaps a photo of their point-of-view and alerts parents via email.... A password-protected website allows parents to access an activity log and photos taken during the day.

Seung-Hee Lee of the University of Tsukuba

, who led the team that built the device, says it could help parents find out about bullying or could be used to track down a missing child, but we can think of lots of other handy uses. Parents can find out if their kid's eyes waver from the blackboard, and punish them accordingly. They can find out who their kid has a raging crush on by keeping a close watch on that heart rate. The gadget is currently being tested on 10 children aged 2 to 6, and further trials are planned for slightly older school children. The device's makers also hope to add a microphone and software that will store the child's conversations. As for privacy concerns, Lee scoffs at them. She's a mother, she told New Scientist