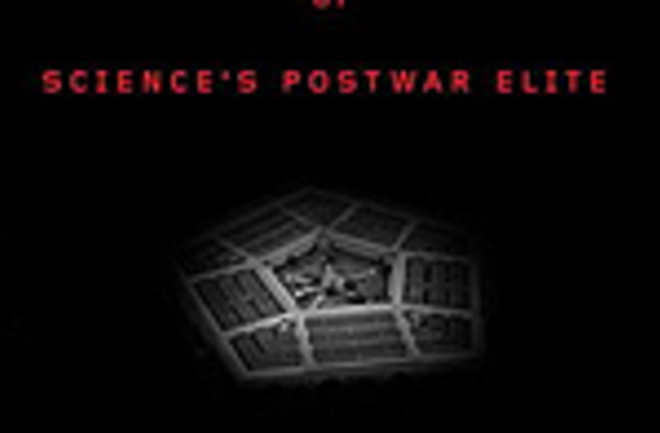 In the thick of World War II, American officials feared that Nazi Germany was close to developing the world's first nuclear weapon. Desperate to win the atomic race, they launched the Manhattan Project: an army of top-notch physicists working in secret at breakneck pace to make the American bomb a reality. Their success marked the end of the war and the beginning of a long and fraught relationship between the U.S. government and academic scientists. In her new book, The Jasons, Ann Finkbeiner traces that relationship through its current incarnation: the elite group of independent, self-selected government science advisers known as Jason.

Jason is a stepchild of the Manhattan Project, and its founding members included many of those physicists. They are academic scientists from top universities who get together for a few weeks every summer to work on government projects. Mildred Goldberger, physicist and wife of founding member Marvin "Murph" Goldberger, christened them "Jason" in a nod to the myth of Jason and the Argonauts—a group of heroes on a long and difficult mission—and the name was officially adopted.

During the Cold War, Jason weighed in on questions of nuclear test detection, ballistic-missile defense, and submarine tracking. More recently, Jason has broadened its membership to include many non-physicists, and has tackled problems ranging from climate change to the detection of terrorist attacks. They claim to have rescued millions or even billions of tax dollars by pointing out the fatal flaws in various outrageous defense schemes, a talent they call "lemon detection." For example, Jason put the brakes on the government's unworkable plans for a new type of nuclear weapon called a halfnium bomb, and persuaded the navy to abandon its proposal to detect submarines using the neutrinos given off by their engines. (Neutrinos are nearly impossible to capture, as Jason gently pointed out, calling the proposal "a clever and beautiful idea killed by stubborn facts.")

, which publicized Jason's role in advising Robert McNamara, but the group has otherwise flown under the radar of the general public. Finkbeiner interviewed 36 Jasons for her book, roughly half of the current membership. Some talked more freely than others, due to a combination of classification restrictions and fear of harassment over their assistance to the US military.

The sheer number of players and the group's complex history make it difficult to assemble the information provided into a coherent narrative, as does the prodigious use of acronyms (a single page can have the reader swimming in them: IDA, FCRCs, ARPA, DARPA, SRI, RAND, and ERDA, plus the usual suspects like NASA, CIA, and DoD). The book functions best not as a definitive history of Jason, but as a glimpse into the minds of the scientists who have taken on the job of advising the government of the world's most powerful nation. For the most part, Finkbeiner allows the Jasons to speak for themselves; she often preserves their revelations in direct quotes from her interviews, and these are what make the book worth reading.

Predictably, one theme that emerges is the loss of innocence accompanying the process of discovery and the acquisition of knowledge. Coming out of the Manhattan project, the early Jasons felt the weight of the newly nuclear world on their shoulders. For some, like Sidney Drell, participation in Jason was part of a lifetime spent trying to "put the genie back in the bottle." His research showed that existing warheads could be reliably maintained without ever running full-scale tests on them, a finding that made nuclear-test-ban treaties possible.

But the Frankensteinish pattern of scientists losing control of their own creations creeps up repeatedly; during Vietnam (according to their telling), Jasons looked on helplessly as their efforts to "lower the temperature of the war" through technology were hijacked and twisted by the military. They had been studying how sonic and seismic sensors might be used in a high-tech blockade that could replace the horrendously destructive yet ineffective U.S. bombing campaign, Rolling Thunder. But instead of using the technology—which has since become known as the "electronic battlefield"—as a replacement for bombing, the military instead used it as an addition to increase their destructive power. Getting involved in Vietnam "was the greatest mistake that any of us ever made," says Murph Goldberger. "We got taken to the cleaners."

So why do scientists who know that Uncle Sam may ignore their advice or misuse their contributions continue? Many Jasons seem to have a genuine sense of obligation to participate as citizen-scientists. For example, the Jasons issued a report outlining why the use of tactical nuclear weapons in Vietnam would have been a disaster with tremendous costs in human life. Jasons also point out that if they refused to give their recommendations, the alternative would be a government that gets all of its scientific advice from insiders and yes-men—a charge that besets the current administration.

Finkbeiner's account is inherently incomplete, as much of the Jasons' research remains classified and thus insulated from public judgment. Since we have few avenues for learning about the Jasons' secretive work besides their own self-reports and commentary from government insiders, it's no surprise that the book comes across as overwhelmingly sympathetic to the scientists, and the picture of them that emerges is a very human one. Hardly the type to give Dr. Strangelove's reflexive salute, they wrestle with the thought that they might share "moral complicity" with military misdeeds; many express their opposition to war and their desire to make the world a more peaceful place. The book's title and cover suggest an ominous conspiracy, but after learning of their history we wonder if the Jasons' gravest mistake is naïveté in their dealings with the government. Says one anonymous member of the newest generation: "If I tell the truth, even about a frightening weapons system, that's got to be the right thing to do. That can't cause evil."