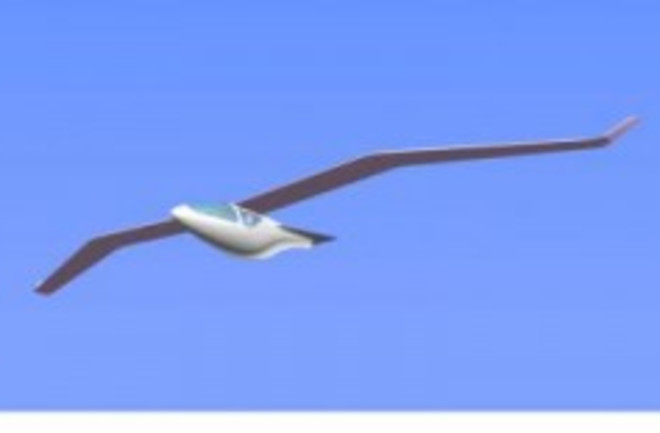 Rarely in our visions of the future do people have to make long landings, or fly on commercial jet liners. Seems like they've always advanced past that. Here in the present, we don't seem to be making much headway in really crazy transportation breakthroughs --- not much sign of beaming or stargates --- but some scientists are considering some novel ways to improve air travel by copying our friends the birds. OK, maybe "friends" is a little strong for describing our relationship to the last living dinosaurs, but nonetheless, with the ability to hover, stop on a dime, and fly with impressive energy efficiency, birds offer researchers a great deal of inspiration for improving aircraft. At the 63rd Annual Meeting of the APS Division of Fluid Dynamics in Long Beach, Calif. Last weekend, Geoffrey Spedding of the University of Southern California and Joachim Huyssen of Northwestern University in South Africa presented research offering a more birdlike wing and tail design that could reduce drag and therefore improve efficiency. In an effort to strip down flight to its essentials, the pair tested flight models using just a wing, a tailless tube-and-wing structure, and a tube-and-wing structure with a modified tail. They found that by minimizing the tail to reduce turbulence from the wings, they reduced drag greater than current designs.

Back in June, a team from MIT lead by Russ Tedrake considered ways to create aircraft that could land on a perch, as birds do on a wire. The scientists envisioned the landing technique for unmanned drones, and not manned aircraft (no amount of putting a sat in an upright position could prepare passengers for coming to a sudden stop with the cabin pointed upward at a steep angle). Using a ground-based computer and cameras mounted on nearby walls, the team coerced a foam model to land on its tail. So that's nice and everything, but I feel like we're getting on toward time for our next major transportation revolution. We've had cars and planes for a century now. When's the next big thing coming?