Is the Force With Your iPhone? Find Out With the Lightsaber Duel App 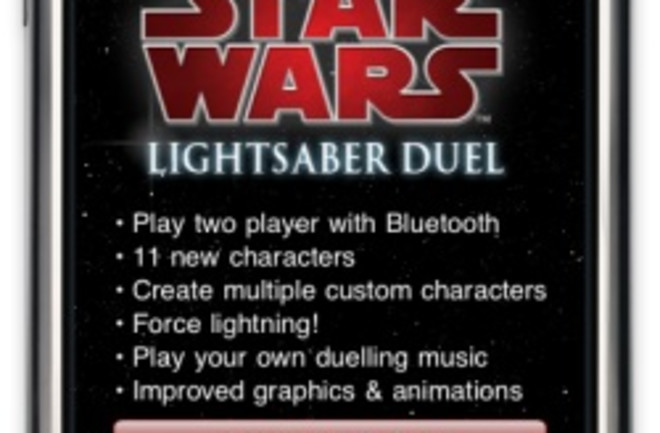 Geeks across the galaxy, rejoice! Soon you'll be able to release your inner Jedi and vanquish evil forces with your iPhone--or rather with the new "Star Wars: Lightsaber Duel" app, due to be released next month. The new dueling app builds on an existing iPhone app, "Lightsaber Unleashed," which was a one-person game that turned your screen into a glowing lightsaber, and made an official-sounding “whoosh” as you brandished your phone. But the new app is a two-geek affair that promises to enhance your lightsaber experience. If you and a friend both have the app, you'll be able to use Bluetooth to duel with one another--although it isn't yet clear how the app declares a victor. Advertisements for the new app also declare that it will feature 11 new characters from the Star Wars series, which presumably means that you can decide whose lightsaber you want to wield, and whether you swear allegiance to the Rebel Alliance or the Dark Side. Plus, for the many people who think lightsaber duels are pointless without dramatic accompanying music, here's some news. The app has thoughtfully provided a selection of music to pick from as you duke it out. THQ Wireless, the makers of Lightsaber Duel have also ramped up the graphics and animations and hope to have the product ready by April. There’s still no word yet on how much it would cost to download. The previous app was free. Related Content: Discoblog: Weird iPhone Apps, a compendium Science Not Fiction: Star Wars: Taking “A Long Time Ago” Very Seriously Bad Astronomy: Star Wars: The Old Republic Science Not Fiction: The Return Of…Chad Vader Science Not Fiction: If You Wait Long Enough, There *Is* Sound in SpaceImage: THQ Wireless