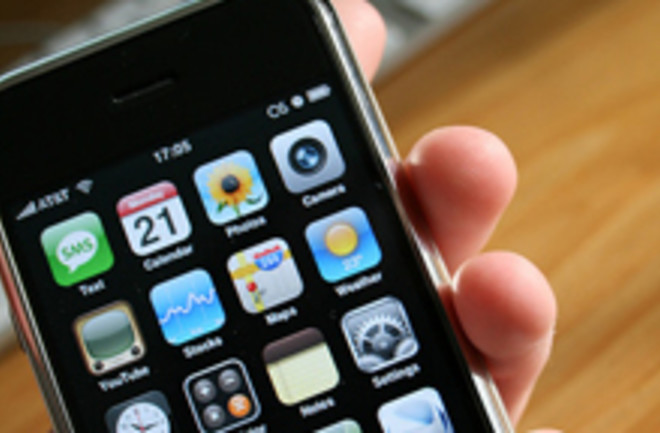 In many high-tech parts of the world, iPhones are what people turn to when their minds wander from what they were supposed to be doing. For a study in this week's Science, however, researchers turned the tables on these people, using the iPhone as a tool to study the wandering mind. Matthew Killingsworth and Daniel Gilbert found that the minds wanders a lot (no surprise there), but also that daydreaming could make people unhappier. Their app, called Track Your Happiness, takes advantage of the iPhone's unparalleled ability to butt into its owner's life.

iPhone users, aged 18 to 88, signed up for a Web application that contacted study them at random times during their days to ask a simple set of questions: How happy were they at the moment? What were they doing? Were they thinking about something other than what the task at hand, and if so, were they thinking of something pleasant, neutral, or negative? [Boston Globe]

The stats: "We analyzed samples from 2250 adults (58.8% male, 73.9% residing^ in the United States, mean age of 34 years)," the scientists write. Altogether, 46.9 percent of the time the responders said their minds were wandering when the iPhone rang to query their thoughts. The only activity during which people reported daydreaming less than 30 percent of the time was having sex. (Though, this means respondents either stopped having sex long enough to answer the survey—in which case DISCOVER applauds their dedication to science, but questions their judgment—or they heard the phone buzz and thought, "That must be the survey, I should answer it afterward"—in which case they perhaps were lying about not being distracted.) But Killingsworth and Gilbert's main finding is that all this mind wandering does generally make people unhappier, at least according to the self-reported survey. Respondents who reported that their thoughts had drifted from the task at hand were more likely to declare themselves unhappy.

The link may be due to an asymmetry in how daydreams affect mood. Killingsworth and Gilbert found that daydreams about pleasant things were linked to improvements in mood, but only slight improvements. Thinking about neutral topics while mind-wandering was linked to a similarly modest drop in happiness, but daydreams about unpleasant topics coincided with a 20-point drop on the 100-point scale that app users used to rate their mood. [New Scientist]

Eric Klinger, a daydream researcher at the University of Minnesota, Morris, told the Boston Globe

that this study's data backs up what scientists have found about the frequency of mind-wandering in the past. However, he says, isn't it possible that getting interrupted by your iPhone asking you how you're feeling could change how you're feeling?

He noted that it would be interesting to know whether the interrupted activity, itself, was experienced as pleasant or not, to better understand whether the nature of the activity influenced a person's happiness. "Daydreaming and mind-wandering serve a number of crucial roles," Klinger said. "They are nature's way of keeping us organized." [Boston Globe]

On behalf of lifelong daydreamers everywhere, I appreciate this defense of letting one's mind drift away, even if it doesn't always lead to happiness.

Innovative ideas and insights often arise through free association. And being able to plan and strategize effectively require a focus on the future, not the now. "There's no doubt that this capacity is beneficial in a variety of ways and it's certainly very possible that a lot of creative thinking involves mind wandering," says Killingsworth. [TIME]

80beats: Do You Eat Chocolate to Relieve Depression–or Does Chocolate Make You Depressed?