iPad, Not Yet Released, Already Threatening to Bring Its Own Plague: Bad Posture 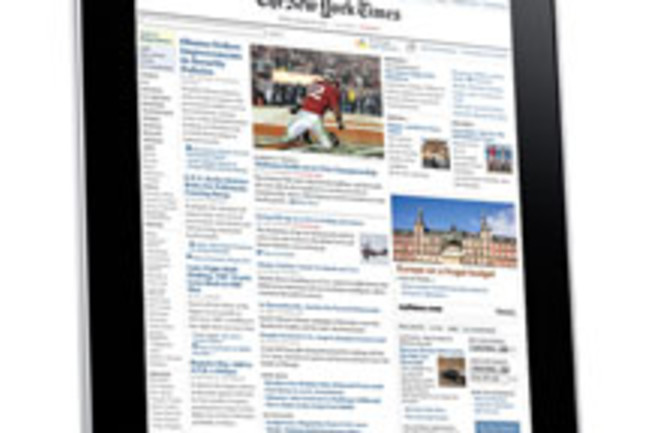 Here's a message from the Department of the Obvious--overuse of the new iPad could lead to bad posture. If we were handed Apple's latest sleek and shiny gadget offering, we'd find it hard not to gaze lovingly at it for extended periods of time. And given that the tablet is Wi-Fi and (in some models) 3G compatible, it will be all the harder to resist spend hours jabbing at the shiny glass screen, typing out emails or playing online games. Now, scientists have declared that prolonged usage of the iPad could lead to bad posture, and that those hunched shoulders could cause neck and upper back problems. Anthony Andre, the founder of Interface Analysis Associates (IAA), observed that people's current crummy posture while working on mobile devices like laptops is a result of an inherent design flaw in the machines. Pointing out the "co-location" of the keyboard and the monitor, Andre told TechNews Daily that two things that belong in different places have been thrown together. Hence the aches and pains. LiveScience reports:

Andre calls this position – which typically involves sitting hunched over, with rounded shoulders, laptop on lap, and arms held close to the body – the "airport posture." "The thinner and more mobile the device, the worse it is, because you end up in more situations where you normally wouldn't even use a laptop," Andre said.

He added that the negative side of the increased mobility offered by the iPad tablet is that the device crosses the final frontier; now people can snuggle with a iPad in bed or bring it to the toilet. For those iPad fans who know that this is a real danger, the swamis of ergonomics suggest you minimize "musculoskeletal problems" by limiting usage of the device (one hour is OK, eight hours is not). If you must spend eight hours on your device, say the docs, don't forget to take micro breaks and stretch. Finally, don't forget that other forms of communication do still exist. You don't have to resort to smoke signals, but from time to time you could try a trusty old corded telephone. Related Content: 80beats: Apple’s “iPad” Tablet: It’s Here, It’s Cool, and It’s Slightly Cheaper Than Expected 80beats: 5 Buzz-Worthy Storylines from the Consumer Electronics Show 80beats: Steve Jobs Received a Liver Transplant to Treat Resurgent Cancer 80beats: Sorry, Australian iPhone Users: You’ve Been Rickrolled 80beats: Amazon’s New Kindle E-Reader Aims to Shake Up Academia and Journalism Discoblog: Weird iPhone Apps (our growing compendium of the oddest apps out there) Image: Apple