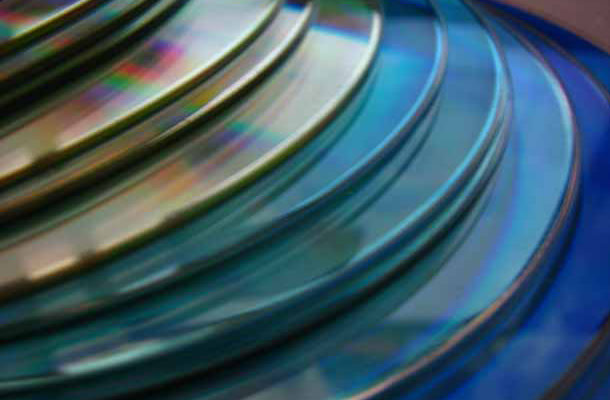 It's easy to feel both amazed and utterly overwhelmed by the amount of information that humans have created in the digital age. And now, researchers have calculated a number to go with those feelings. A big one. As of 2007, humans had the capacity to store 295 exabytes. An exabyte is 10^18 bytes. If you think of the gigabytes (a billion bytes) in which your hard drive space might be measured, an exabyte is a billion of those gigabytes. Another size comparison: Astronomers, by necessity, are designing new information processing techniques to help them grapple with the coming age of "petascale" astronomy, because they're starting to get more information than they can handle. "Exa" is the prefix after "peta"; it's a thousand times more. Or, simply, a stack of CDs storing 295 exabytes of information would reach beyond the moon.

Scientists calculated the figure by estimating the amount of data held on 60 analogue and digital technologies during the period from 1986 to 2007. They considered everything from computer hard drives to obsolete floppy discs, and x-ray films to microchips on credit cards. The survey covers a period known as the "information revolution" as human societies transition to a digital age. It shows that in 2000 75% of stored information was in an analogue format such as video cassettes, but that by 2007, 94% of it was digital. [BBC News]

and cheeky comparisons to blow our minds, though. The study by Martin Hilbert

that created this huge estimate comes from a special issue

of the journal Science dedicated to figuring out how to deal with the torrent of information that gets larger every day. As mentioned above, astronomers are quickly finding themselves awash in more data than they can process. (Keep your eye out for the upcoming April issue of DISCOVER, which explains bold new projects that will help to solve these problems). And stargazers are far from the only ones suffering a scientific case of TMI. In a separate study

A single DNA sequencer can now generate in a day what it took 10 years to collect for the Human Genome Project. Computers are central to archiving and analyzing this information, but their processing power isn't increasing fast enough, and their costs are decreasing too slowly, to keep up with the deluge.

New processing technology, as well as citizen science projects like those of the Zooniverse

and company) can help sort through the incoming data, but there's also the problem of saving and reassessing what already exists.

It may seem odd that particle physicists would ever want to look back at decades-old experiments as they forge ahead with newer, bigger hardware. However, with updated theories and perspectives, physicists can extract new results from old data. Siegfried Bethke, the head of the Max Planck Institute for Physics in Munich, Germany, managed to publish over a dozen papers when he reexamined data from his days as a young physicist at DESY, a high-energy physics lab in Germany. [Ars Technica]

Related Content: 80beats: Have You Consumed Your 34 Gigabytes of Information Today?

The Intersection: Teach Bioinformatics in the High School Cirriculum