In the Race Between Optical and Magnetic Storage, We Win

DVD-size disks that hold 10 terabytes. Memory chips that remember even when the power's off. 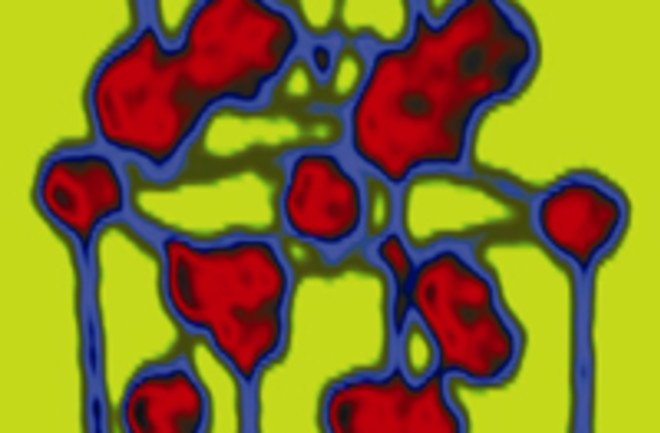 A Sketch of the atomic structure of Darrell Schlom's novel ferroelectric material as stored in a film made of the same substance. | Jeremy Levy/University of Pittsburgh

One finding builds on the technology used in today’s “smart cards,” which enable carriers to access a building by holding the card near a reader. In these cards, memory is provided by ferroelectric materials, substances that hold an electric state without additional power. But engineers have not yet been able to take advantage of this property in most computers because of the difficulties in directly integrating ferroelectric substances with silicon.

Recently, materials scientist Darrell Schlom of Cornell University and his colleagues did just that, applying a several-atoms-thick layer of a compound called strontium titanate to silicon. Interactions between the atomic structures of the materials caused the strontium titanate to become ferroelectric. Theory predicts this effect, but it had never been achieved before. Ferroelectrics could significantly reduce time spent booting up by allowing a computer to keep a browser or document open without using energy, according to materials scientist Jonathan Spanier of Drexel University.

In a separate project, researchers made a leap in the ability to store huge quantities of data optically. James Chon, a nanophotonics scientist at Swinburne University of Technology in Australia, demonstrated that data could be stored in five dimensions, enabling more than a terabyte of information to be packed onto a single DVD-size disk.

Chon’s group embedded the disk with tiny gold particles known as nanorods. By varying the length and orientation of the rods, the researchers were able to record data based on the three dimensions of space, plus polarization (the orientation of light waves) and color. When the process is refined, Chon believes one disk could potentially hold 10 terabytes of information—more than 500 times as much as today’s DVDs. This technology could be useful for storing massive collections, such as the 100 terabytes of data the Library of Congress has gathered for its Web site archive.