I think Down Syndrome is bad

"If you add copies of a gene the result is not always good because of dosage effects (Down Syndrome is an extreme case of this on the smallest chromosome)." [From my post, -Razib] As a father of a child with Down syndrome, I would take exception to this comment. First DS, is not “bad” – my daughter is an amazing and wonderful person, and her DS is part of that wonderful person. She is one of the most amazingly positive things that has ever happened in my life. So I have a hard time reconciling that with your “extremely bad” synopsis. Second, DS is not an at all extreme case – it is rather run of the mill. It is so minor of a variant that it is survivable and very common place (1 in 733 births). People with DS lead full, productive and meaningful lives. That is not extreme, it is mild. Extreme would be being born inside out or having no chance of surviving 72 hours. Please don’t add to the misconceptions around Down syndrome. Most of us parents, siblings, and self-advocates find this to be both untrue and unhelpful. 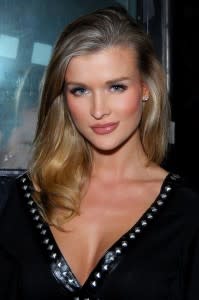 I feel to some extent that the commenter is engaging in a few rhetorical tricks (e.g., contrasting Down Syndrome with diseases which result in mortality within a few days of birth). But his point is well taken. I think it is useful because it smokes out some presuppositions about the nature of the world and the values we hold. The sketchy statistic is that 90% of couples who receive a positive result for Down Syndrome opt to kill their fetus (the shift toward older mothers though means that the number of children growing up with Down Syndrome is not declining nearly as much as you'd think). But in the media you see many more pieces such as George F. Will's: Jon Will’s gift (for the record, Will is an agnostic). There seems here a disjunction between how people act, and what people say. Or, perhaps more accurately what people don't say.  One tack would be address Brad, the commenter, head on. I might point out that Down Syndrome can be bad, even if his daughter is a joyful and happy person who brings nothing but good into his life. But I don't want to argue on the details of one specific case here. I suspect most readers will accept that I don't think that just because I believe Down Syndrome is a disease I mean to imply that the lives of people with the disease are totally bereft of happiness, or that they are without value. That's a caricature which only leads to fruitless and symbolic discussion, which plays out mostly for public consumption, and is not getting to the heart of the issue. And the heart of the issue is that I believe that humans flourish best when they are beautiful, intelligent, and healthy. Some people deny that beauty and intelligence are anything but social constructs. But I bet a survey of progressive and enlightened women who might accept such propositions at face value, but who are in need of sperm donors, would indicate that no matter what people say for their peers to align with social norms they believe that beauty and intelligence are heritable, and their preference would reveal that they value these traits (individuals looking for sperm donors tend to value intelligence, height, and athleticism in the potential biological fathers). As far as health, as Brad's comment suggests that's a somewhat subjective proposition. Many of us have allergies. Are we diseased? I'm a very happy person who brings great joy to some people, but I do have this common autoimmune disease. Additionally, I'd also be happy to get rid of it. To address Brad more specifically: his daughter's Down Syndrome is not a necessary condition for her being a wonderful and amazing person. I wish she did not have Down Syndrome. 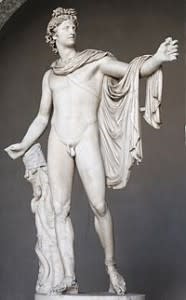 All of this naturally opens us up to the "slippery slope" rebuttal. I think that's a useless argument and I'm going to ban you if you bring it up. I don't want to create a clone race. Being tolerant of a reasonable range of genetic and phenotypic diversity does not mean that one should be equanimous to the birth of people with karytotype abnormalities. I'm sure at some point someone will use the term "karyotype diversity" in more than a technical sense. It's keeping with the spirit of the age, but it's a farce. Diversity is not strength when that diversity is diversity of disease. Heart disease, congenital defects, disfigurements, obesity, and mental retardation are not strengths. They are all tragedies of various degrees. The point of this post was to forthrightly admit and assert what I think are values which most of the human race holds implicitly. These values to some extent have been silenced because of the unfortunate fact that the Nazi regime took these intuitions and warped them to perverse and inhumane purposes. But I do not think that the world we have today is the "best of all worlds", I think we can do better, as individuals, and as a society. It is doubtful we can abolish disease, but we can make a dent it in. It is doubtful that we can all be as svelte and fit as we wish, but we can aim toward such a goal. Unfortunately we do not cultivate our minds to the extent we would like, but we can agree that it is a goal worth pursuing and elevating. In sum, humans differ, and that difference is not always a strength. The tall, handsome, and intelligent, have traits which most people feel to be superior. There is inequality. We can not abolish inequality, but we can increase the basal level of human quality of life. This may seem like an abstract digression, but it is not. In the near future we will have a much better sense of our mutations, and those of our potential offspring. Our values will guide our actions. Let's have a frank and honest discussion about them.