Andrea Kuszewski is a behavior therapist and consultant, science writer, and robopsychologist at Syntience in San Francisco. She is interested in creativity, intelligence, and learning, in both humans and machines. Find her on Twitter at @AndreaKuszewski.

Before you read this post, please see "I, Robopsychologist, Part 1: Why Robots Need Psychologists."

A current trend in AI research involves attempts to replicate a human learning system at the neuronal level—beginning with a single functioning synapse, then an entire neuron, the ultimate goal being a complete replication of the human brain. This is basically the traditional reductionist perspective: break the problem down into small pieces and analyze them, and then build a model of the whole as a combination of many small pieces. There are neuroscientists working on these AI problems—replicating and studying one neuron under one condition—and that is useful for some things. But to replicate a single neuron and its function at one snapshot in time is not helping us understand or replicate human learning on a broad scale for use in the natural environment. We are quite some ways off from reaching the goal of building something structurally similar to the human brain, and even further from having one that actually thinks like one. Which leads me to the obvious question: What’s the purpose of pouring all that effort into replicating a human-like brain in a machine, if it doesn’t ultimately function like a real brain? 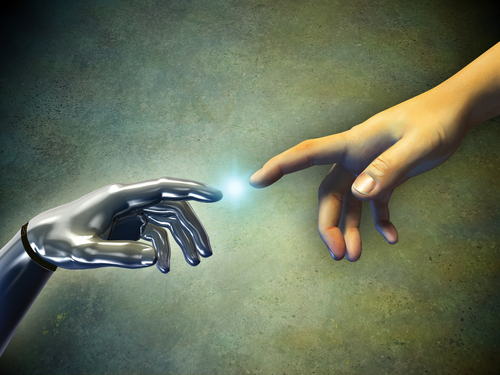