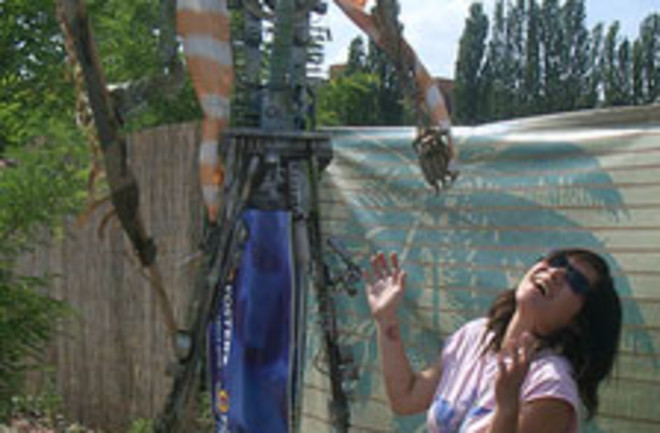 January 12, 1992: HAL 9000 becomes operational (per the movie). August 4, 1997:Skynet comes online and takes over U.S. defense decisions from humans. January 8, 2016: Incept date of the first NEXUS-6 replicant. These are dates that live in science-fiction infamy. And to this short list—this rogue's gallery of robots gone awry—we must also add November 2, 1999, for that is the day the world learned that robots had begun eating animals. Sure, it was a modest beginning: Engineers at the University of West England's Intelligent Autonomous Systems Laboratory constructed a little rollie 'bot that could grab slugs, bring them to what may've been the world's first slaughterhouse/charging station (methane from the slugs' rotting flesh was passed through a fuel cell to produce electricity), and refill their batteries. Nothing here seemed especially threatening: The SlugBot had .01 megapixel vision, it looked kind of like a record player, and it could only catch and digest slow, boneless, dumb animals that might just be an exception to that survival-of-the-fittest thing people are always talking about. But a journey of a thousand miles begins with a single step, and a person with an admittedly active imagination can see how this could lead to some very bad outcomes for us humans. The difference between a slug and a person is a pretty fuzzy one, really, and once you get robots a taste of blood, they're just going to get hooked. Robots aren't yet quite at the point where they can do much about it, despite their ability to take a decent kick and run across a stage like they gotta go potty real bad. But there will at some point be robots that are really badass, and they're going to talk to the SlugBots-type robots, and they're going to hear about what a great energy source us animals can be, and they're going to come after us. And we're going to say, Why did people ever make robots that ate slugs?