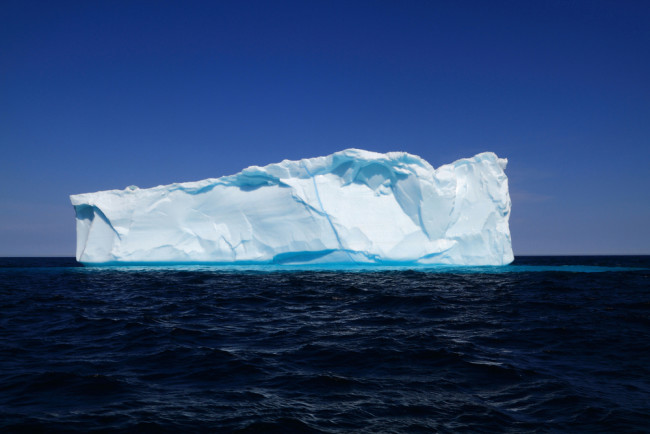 Few people witness the moment an iceberg collapses, and even fewer capture the event on camera — from the air. Thanks to a teenager tooling around off the southern coast of Labrador in Canada, we now have a stunning aerial perspective of this powerful event. And here’s the real kicker: It was Kelan Poole’s first drone flight over the ocean, CBCNews reports.

Poole captured the video in an area around Newfoundland and Labrador known as “Iceberg Alley.” Every year, as summer gets into full swing, countless ancient icebergs drift along the coastline of Canada’s easternmost edge, inspiring tourists to paddle or hike through the area to view the oceanic ice cubes. In 1912 it was an iceberg that flowed out from this area that sank the Titanic. At a safer distance, however, Iceberg Alley is one of the few places in the world that offers opportunities for tourists to snap stunning photos like this one: The 11^th-grader’s amazing video wasn’t recorded without a little courage. It takes a steady hand, a fully charged battery and a bit of bravado to fly your expensive drone over open water for the first time. Poole told CBCNews that he was laser-focused on what he was seeing through his drone:

"I don't remember it, it was that intense," he said. "The lady beside me just told me what was happening. I didn't see it in person. I had my eyes glued to the screen, which shows me what the drone is seeing. I had the controller white-knuckled, just making sure I get [sic] that shot."