How to Peek Inside Containers and Detect Bombs? Try Lasers 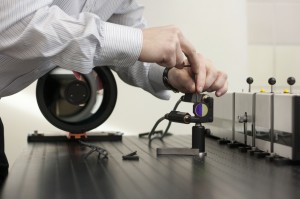 What's the News: Using a laser, a super-strong telescope, and some physics know-how, researchers say they have impressive power to look through solid barriers. Scientists have developed a technique

to do so using Raman scattering, which is the change in energy of photons bouncing off a material. The technique could be used to detect hidden explosives or do geological analysis. How the Heck?

What about Fluorescence? The more physics-inclined among you may be wondering how Raman scattering is different from fluorescence and if it's possible to foil this detection method using fluorescence. Yes, and here's the explanation: