How do children "come of age" today? 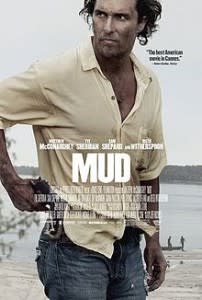 Two weeks ago I saw the film Mud. It's one of the few "serious" movies I've watched over the past twoyears. I can't tell you what Pacific Rim was really about despite having viewed it five days ago (aside from the striking fact that of the protagonists two were played by bizarrely similarlooking actors). And yet aspects of Mud have stuck with me. Why? It's not because of the plot, which was laughably implausible. Or the development of the characters, which I found a bit overwrought or cliche in most (though not all) cases. Rather,

I am still reflecting upon the depiction of the main young protagonist, a fourteen year old played by Tye Sheridan, and the landscape upon which he is "coming of age," the central theme of the film.

The specific details of the concerns of a teenage boy navigating new found feelings toward the opposite sex, an unstable family life, and a pedestrian rural milieu, are not novel. Rather, it was the whole portrait which I think warrants further exploration here in 2013. 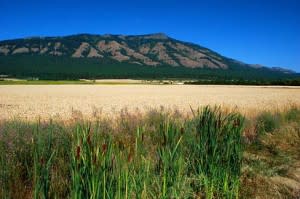 Not Arkansas, but not that differentCredit: Gary Halvorson, Oregon Archives Though notionally set in the town of De Witt in the Mississippi delta area of Arkansas, Mud could have played out in any region of small town America without changing the substance of the film. But one thing that perplexed me:

when do the events depicted in the film occur

? There is one scene in the film where one of the teens stumbles upon a stash of Penthouse magazines, to his great excitement. A depiction of print pornography strikes me as a tell that the film is set before 1995. Mud is also a movie where landline telephones abound and are of great utility. No one uses mobile phones. But the chronology is never explicit, and not all elements line up to a pre-1995 era. One of the supporting characters is alluded to have seen action in Vietnam. If this character was 30 in 1970, then he would have been in his early to mid 50s before 1995. As it is the actor playing the character is 70, and he looks to be depicting an individual of his real current age. If that character was 30 in 1970, then he would be 70 "now," which would mean that the film was set in 2010. The real now. It brings to mind one critique of Whit Stillman's Damsels in Distress: a fictional liberal arts campus where no one seems to be using cellular phones. But could the clever and mannered repartee so central to Stillman's seminal Metropolitan even be plausible today?* I can't believe that the dialogue between upper middle class New York City young adults would be possible at such length without the interruption of texts, etc. Similarly, the innocence and naivete of the young adolescents in Mud is probably not believable in a world with smartphones. This made me reflect upon my own youth...I was a teenager in the early to mid 1990s, the very last of those for whom print pornography might be titillating. Additionally, I lived in a town in the Intermontane West not too different from De Witt in its sense of isolation, and frankly backwardness. Though I always assumed that I would have a career which related to science, many of my close friends were much more like the young characters in Mud in their family circumstances and aspirations. 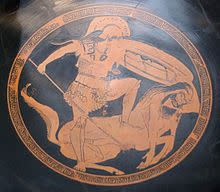 I did not live and grow up in a mythic and fantastical past. But the fact that visual narratives which are presumably attempting to comment in some deep fashion upon the human condition such as Mud and Damsels in Distress have to implicitly peel away essential and ubiquitous aspects of contemporary modernity is notable (in particular, information technology). It is as if this is necessary for them to be able to further their aims of exploring the texture of their characters strikes without distraction. There is a reason that Greek mythology or contemporary epic fantasy appeal to us despite their strange and startling settings. With contexts stripped out of any modern referent the only "signal" that comes through are the crisp and universal ones. Certain relationships, the order of things, have become muddied and convoluted in the layers of complexity which modernity compels us to accept as a matter of course. An ahistorical 2013 no longer encumbered with the distractions of modern necessities is a cleaner canvas upon which one can paint the grand themes of life. To give an example of what I'm thinking of, there is one scene in Mud where the teenage protagonist looks longingly upon an object of his inchoate affections in the parking lot of a Piggly Wiggly. I remember these sorts of activities in my own misbegotten youth. Doesn't it seem much more plausible though that today you would "Facebook stalk" the objection of your adolescent affections? I can't imagine watching a film where a substantial fraction of the screen time involves surfing the web, or texting back and forth. But that's exactly what would have to happen in a a coming of age film embedded in an information technology rich world! Every generation thinks that it is the last and first in some deep fundamental way. Most are not. But I think it is possible that my own generation is first and last. The last of those weaned on low bandwidth analog 20th century information transmission devices. The first of those navigating the most primitive of the high bandwidth 21st century information technologies. * Though filmed in 1989-1990, it was actually set in the late 1960s, though that was not particularly emphasized.