How Batman Would Steal Electricity 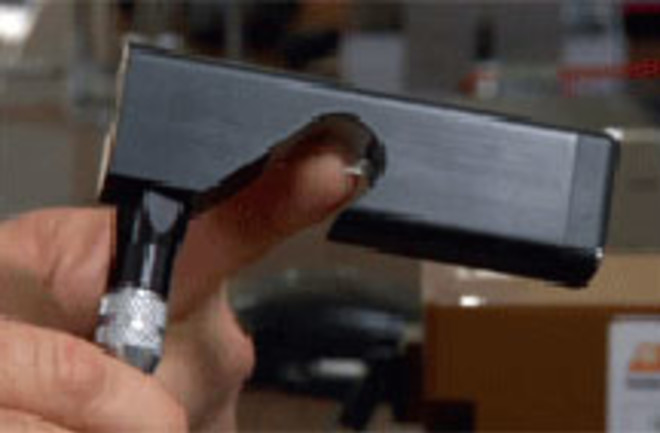 Once reserved for those who couldn't pay their electricity bills or wanted to grow weed inside, snagging some free power via grappling hook is now a military operation. As described on the National Defense Education Network website, the Air Force has designed a "Bat Hook" which soldiers can heave into the air -- action-hero style -- to steal some juice from suspended power lines. "We work very closely with Special Operations," says Dave Coates, lead engineer on the project at Wright-Patterson Air Force Base (in the video below, and as shown by Popular Science). Their request? “Is there a way that you could possibly give us something like Batman?” The Bat Hook system, technically called Remote Auxiliary Power System (RAPS), pierces the power line’s insulation to draw current directly where it's needed, to charge batteries on the ground, for example. Surprisingly this isn’t the only power line research ongoing at Wright-Patterson Air Force Base, and RASP isn’t the only comic book gadget that can perform on high wires. Air Force engineers are also in the midst of designing robotic flying cameras that can perch on the power lines. The parasitic cameras get their power from currents induced by the alternating magnetic fields surrounding the lines. Once they finish surveying, and charging their batteries (also from the stolen electricity), they can fly to another location. Note: As warned in the film and suggested in our man-with-meat-hook vs. power line story, trying to Batman your own power line is just plain stupid. Related content: Discoblog: A Stupid Way to Get Electricity for Free: Meat Hook + Power Line Discoblog: A New Facebook Game: Taunting the Cops When They Can’t Catch You Discoblog: iPhone Thievery 101: Don’t Send Pics of Yourself to the Rightful Owner Discoblog: Stole a Piece of the Internets? Prepare to Be Arrested. Image: Department of Defense