Have You Consumed Your 34 Gigabytes of Information Today? 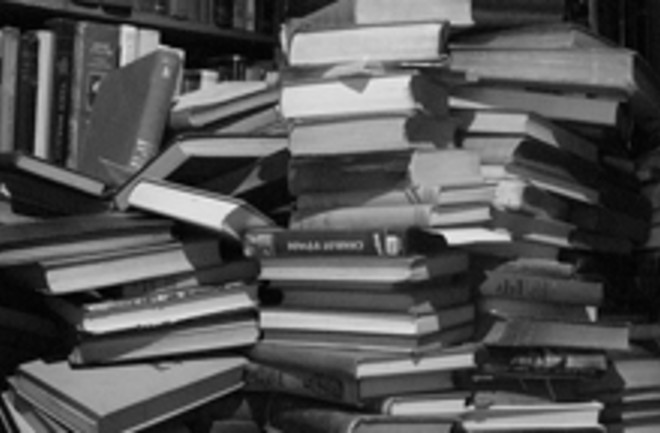 There's nothing like a flashy statistic to get some attention, and scientists at the University of California, San Diego did just that by calculating the total amount of data consumed in the United States in 2008. The final tally? About 3.6 zettabytes (or 3.6 billion terabytes). That number works out to about 34 gigabytes per American per day.

Put on paper, [the 3.6-zettabyte total] would be equal to 7-foot stacks of thick paperback novels placed side-by-side across the entire United States, including Alaska, said Roger Bohn, the study’s author and director of the university’s Global Information Industry Center [San Diego Union-Tribune]

. Since the researchers excluded things people read for their work from the study, computers are only third in the total amount of time spent per information source.

Most of this time is spent in front of screens watching TV-related content, averaging nearly five hours of daily consumption. Second is radio, which the average American listens to for about 2.2 hours a day [The New York Times]

. Even without work hours, the researchers say, Americans log 1.3 trillion hours of information-gathering in a year, be it from print, online, TV, radio, or other sources. But that's measuring time.

. That's putting it mildly—TV accounted for 1.3 zettabytes and gaming for 2, leaving less than 10 percent of our nation's yearly byte diet for other sources. Studies citing the prevalence of TV and video games usually induce groans about the death of reading; this time the Seattle Times laments that "the outlook isn't good for words, even though Americans are now consuming about 100,000 of them per day." The UC-San Diego study reaffirms what we already knew about print media—that it's steadily losing readership. But words themselves are doing just fine, thanks to the Web.

The researchers were also surprised to find that contrary to prevailing wisdom, people are reading more than 20 years ago and that computers have reversed a TV-caused decline in overall words read before 1980 [San Francisco Chronicle]

. Overall, words are being consumed at a breakneck speed: In the span of five days, the average American consumes more words (via reading and hearing them on TV or radio) than War and Peace contains. Related Content: 80beats: Happy 40th Birthday, Internet! Discoblog: How Much Does the Internet Really Weigh? DISCOVER: How Much Does the Internet Weigh? (Our own calculation this time) Cosmic Variance: Petabytes, on the flood of information from the Large Synoptic Survey Telescope