Have Scramjet, Will Travel 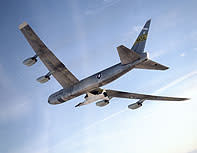 NASA’s X-43A scramjet hitches a ride on the front of a Pegasus rocket launched by a B-52.

While engineers sketch out plans for giant elevators reaching to Earth orbit (see “Going Up,” page 32), NASA is developing a more immediate way to improve access to space. On March 27, the agency’s experimental X-43A scramjet, a hypersonic air-breathing vehicle, flew on its own for the first time. During the 11-second test, the unpiloted craft reached Mach 7, obliterating previous speed records for air-breathing jets. David Riggins, an aerospace engineer at the University of Missouri at Rolla who worked on the X-43A, is ecstatic. “This is a major aviation milestone that has far-reaching ramifications for both space access and atmospheric flight,” he says.

Unlike a rocket, a scramjet does not need to carry tanks of liquid oxygen, making it potentially a much cheaper way to get into orbit. (It does need an initial boost, however; the X-43A used a modified Pegasus rocket launched off a B-52.) The Department of Defense is interested because such a craft could quickly reach any location on Earth, reducing the need for international bases and refueling stations. A commercial version could potentially fly travelers from New York to Tokyo in just a few hours. When (and if) that happens will depend on funding to make scramjet technology reliable. “The crystal ball is somewhat murky,” Riggins says, “but we may see piloted or passenger hypersonic vehicles in 10 to 20 years.”