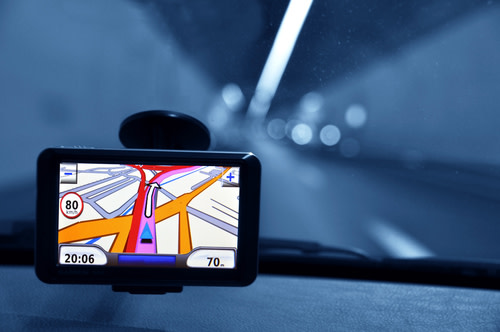 , warned experts at a conference

on GPS security. The technology is routinely used in navigation and time synchronization nowadays, but signals are left vulnerable to jamming and spoofing. This is partly because GPS signals are relatively weak: "A GPS satellite emits no more power than a car headlight, and with that it has to illuminate half the Earth's surface," said David Last, former president of the Royal Institute of Navigation, to the BBC

. Jamming devices work by broadcasting a signal at the same frequency as GPS, and can be bought for less than $100 online. When researchers set up 20 jamming monitors in locations around the UK, they caught 60 incidents in 6 months. They think most of these are from stolen trucks, where thieves jam the truck's GPS to keep from broadcasting its location. According to Last

, jamming GPS ships on ships isn't much harder: Tests found that every major system was affected by a device with less than 1/1000 the power of a cell phone. The Financial Timesreports

The display showed the ship travelling over land in Belfast, while we were plainly in the North Sea,” said Bob Cockshott, director of position, navigation and timing at the ICT Knowledge Transfer Network, who participated in the test. “And it was surprising how many other devices depended on the GPS working. The compass stopped working and the emergency communications system was knocked out.

GPS spoofing is a little more sophisticated, as it requires giving off fake signals to trick the receiver. Since stock markets are synchronized with GPS, spoofing can let unscrupulous traders "change" the timestamp in one location and exploit the time difference from other markets for financial gain. That's a hypothetical scenario for now, but experts recommend regulations on GPS tampering be tightened to reflect its potential for damage. It's not just that we rely in GPS for driving directions; much of our infrastructure relies on it. [via IEEE Spectrum