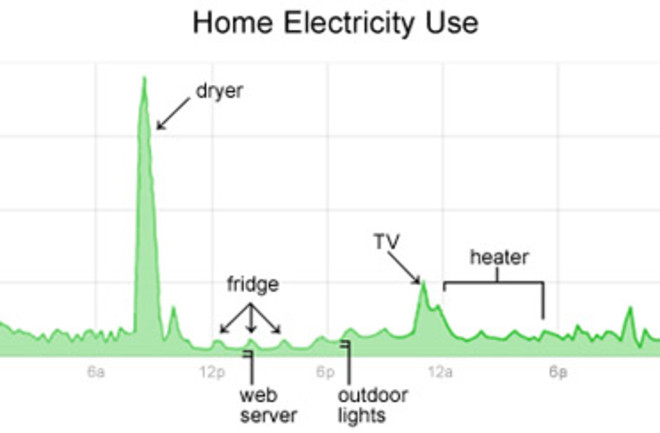 Google is testing a free web service that can turn average residents into all-seeing, all-knowing masters of their energy usage. The service, called PowerMeter, would allow people to track their household's energy consumption online, and information about when electricity rates are high would allow them to adjust their habits and save money--say, by running a clothes dryer at night. The service isn't publicly available yet. Google will have to team up with electrical utility companies to get the usage information, and those utilities will have to first install "smart meters" that monitor usage in real-time. But with the current economic stimulus package providing money for the installation of 40 million smart meters, some say that the "smart grid" is inevitable.

Basically, it appears that Google realizes that the smart grid is about to get a big boost from the government stimulus, and wants to make sure it has access to the inevitable mountain of data that results [Ars Technica].

A Google spokeswoman says she hopes the announcement will encourage other companies to work on smart grid technologies.

“We can’t build this product all by ourselves,” said Kirsten Olsen Cahill, a program manager at Google.org, the company’s corporate philanthropy arm. “We depend on a whole ecosystem of utilities, device makers and policies that would allow consumers to have detailed access to their home energy use and make smarter energy decisions” [The New York Times].

Ultimately, experts say, home appliances like dishwashers could communicate wirelessly with Google's PowerMeter or with utilities, which could tell the dishwasher when to turn on in order to save the most money. Some commentators see an insiduous aspect to this, and say that the next obvious step would be for consumers to give Google direct control over their appliances.

Google could make sure your morning coffee is ready when you wake up, run your dishwasher at night, or flick lights on and off while you’re on vacation to keep burglars away. And every time the user wants to look at an application or change a setting, there’s a chance for some face time with the more important product of all, Google Adsense [VentureBeat].

However, the grumblers note that this is just speculation, and that Google hasn't discussed whether the program would carry advertising. Glowing reviews of the service have come in from the Google employees who have tested the software. Engineer Russ Mirov

was able to reduce his electricity use 64 percent over the past year, saving $3,000, by replacing inefficient refrigerators and running his pool pump at scheduled intervals. Google cites figures showing that regularly viewing real-time energy use will prod people to cut electricity by 5 percent to 15 percent on average through behavioral changes [CNET].

Related Content: 80beats: Google and GE Team Up to Save the U.S. Power Grid DISCOVER: The Latest Weapon Against Global Warming: Your FridgeImage: Google