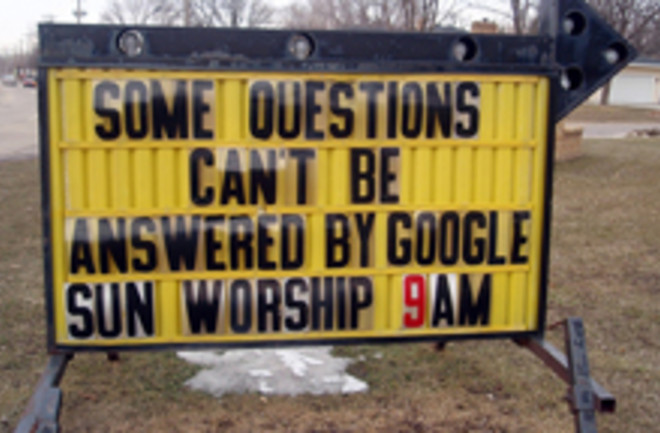 Talk about sticking to your mantra. Google—overlord of the Internet, juggernaut of all data crunchers, right hand of the god of algorithms—is doing a little digging into human resources. Specifically, the company is worried about brain drain, particularly in the wake of several top executives announcing their departure. And given that the Web giant spends a pretty penny on hiring and training just the right group of geniuses to man its world-controlling desks, a mass exodus could dent its status as the Master of All Web Innovation. So what did management do to determine which bright minds were most likely to give notice? They created an algorithm. Performance reviews, pay raises, promotion histories, and other data on its 20,000 employees were crunched into yet another mathematical formula, which reportedly spat out the names of who was most likely to quit. No surprise, Google insiders are keeping quiet about the details of the algorithm, though they will say that it has already "identified employees who felt underused," a key precursor to telling your boss to shove it. Meanwhile Laszlo Bock, the company's head of HR, told the Wall Street Journal that the algorithm helps the company "get inside people's heads even before they know they might leave." Perhaps not the choicest of wordings, but who are we non-Googlers to judge? Related: Discoblog: Move Over, Google: The All-Knowing Search Engine Is Coming Soon Discoblog: Google v. Geography: French Town Ponders Name Change to Increase Web Searchability Discoblog: Is Googling Bad For the Environment?