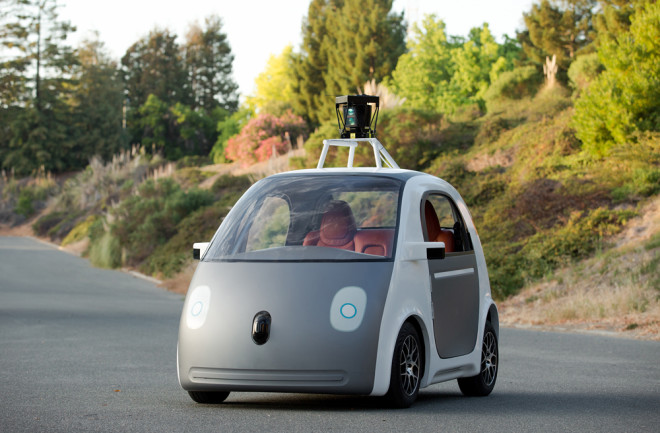 John Leonard watched spellbound from the back seat as the Lexus he was riding in drove through downtown Mountain View, Calif., one July day. The steering wheel spun right and left without a driver touching it. The car stopped at lights, switched lanes and even punched its accelerator as it merged into traffic.

For Leonard, a roboticist at MIT, riding in a car outfitted with Google’s self-driving technology reminded him of another iconic moment in transportation: when the Wright brothers ushered in the age of air travel 111 years ago. “Honestly,” he says, “I felt like I was on the beach at Kitty Hawk.”

In 2014, it became more credible than ever that all cars will drive themselves someday. Google began building 100 more prototypes over the summer — this time, without steering wheels — and several mainstream car manufacturers, including BMW and Audi, demonstrated their own self-driving prototypes.

A Google car senses its surroundings through radar, cameras and range-finding lasers spinning atop the vehicle to create a 360-degree view of pedestrians, vehicles and intersections.

But Google’s real trick is the map stored in the car’s computer. The sensor-loaded cars are driven manually to scan roads in advance, revealing potholes, stop signs and other features that are then processed into a detailed map and downloaded to the autonomous car.

This pre-mapping vastly simplifies the computing that a Google car has to do in real time, potentially reducing its price tag.

The challenge will be to create these centimeter-scale maps for thousands of roads worldwide and constantly update them as they change, says Alberto Broggi, an engineer developing self-driving cars at the University of Parma in Italy. “If you have wrong data, it would kill you,” Broggi says. Autonomous cars will also need to read gestures and other cues from cyclists, pedestrians and traffic cops.

The mapping challenge, in particular, could take 30 years to address, says Leonard, though he admits, “Sometimes you need younger people who don’t know how hard something is.”