GM Corn Leads to Organ Failure!? Not So Fast 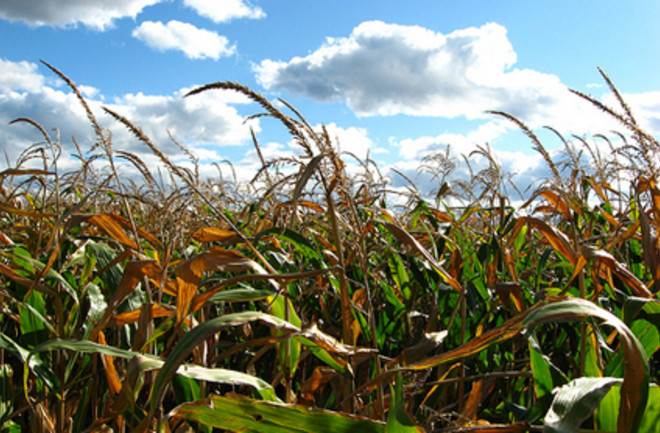 Few things bring out the hyperbole like genetically modified organisms (GMOs), and that was true again with a study making the rounds yesterday and today. In the International Journal of Biological Studies, a team examined three genetically modified corn varieties created by Monsanto. The study's authors say they see evidence of possible toxicity to the kidney and liver, "possibly due to the new pesticides specific to each GM corn." However, the findings became over-hyped headlines like the Huffington Post's "Monsanto GMO Corn Linked to Organ Failure, Study Reveals." That's a pretty big leap from the not entirely convincing finding of a potentially questionable study. What actually happened is that the research team, led by Gilles-Eric Séralini, re-analyzed data from tests that Monsanto scientists themselves conducted on rats eating these three varieties of corn—data that, to be fair, the team had to scratch and claw and sue to get their hands on. In their statistical analysis, Séralini's team says that Monsanto interpreted its own data incorrectly, and that its new analysis shows potential for toxicity. But the scientists themselves give significant caveats that make such bold headlines a bit of a reach: "Clearly, the statistically significant effects observed here for all three GM maize varieties investigated are signs of toxicity rather than proofs of toxicity"—that is, the evidence isn't rock solid, and not enough to warrant a bunch of alarmist headlines. The researchers argue that more research is necessary to settle the question either way: "In conclusion, our data presented here strongly recommend that additional long-term (up to 2 years) animal feeding studies be performed in at least three species, preferably also multi-generational, to provide true scientifically valid data on the acute and chronic toxic effects of GM crops, feed and foods." In addition, there are a couple issues that make the study itself seem a little fishy: 1. Funding. "Greenpeace contributed to the start of the investigations by funding first statistical analyses in 2006, the results were then processed further and evaluated independently by the authors," the scientists write. Certainly one can't oppose a huge corporation like Monsanto without funding, but drawing those funds from a political lightning rod like Greenpeace can paint conclusions in a bad light, University of California, Davis, plant genomics expert Pamela Ronald tells DISCOVER. "That does not mean that it is incorrect," she says, "but makes me a little skeptical." 2. The journal: The International Journal of Biological Sciences is somewhat obscure, with an "unofficial"--that is, self-assigned--impact factor of 3.24. "In other words, it has not been assessed for impact or quality," Ronald says. Again, that doesn't mean Séralini's team is wrong, but it suggests that jumping to conclusions would be unwise. The actual data analysis of the paper has started an in-depth back-and-forth on the the statistical analysis. We'll continue following this story to see how the analysis shakes out. Related Content: 80beats: New Biotech Corn Gives Triple Vitamin Boost; Professors Unmoved 80beats: Germany Joins the European Mutiny of Genetically Modified Crops DISCOVER: Genetically Altered Corn tells how a corn not intended for humans got into the food supply