Gadgets that Can Save Your (Digital) Life 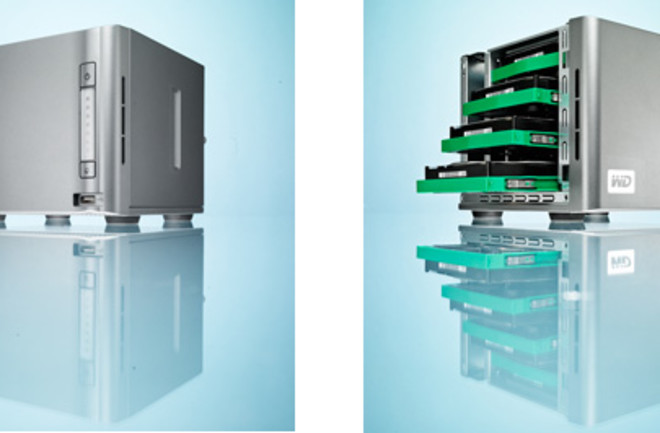 Western Digital Sharespace Make your e-mails, music, and digital photo files nearly indestructible with Western Digital’s ShareSpace—a box with the kind of data storage capacity available only at major computing centers just a decade ago. The device hooks up to your home network, allowing any connected computer to store and retrieve data from it. The ShareSpace spreads data redundantly across up to four hard-drive disks housed inside. You can set up the system so that even if a disk fails, you won’t lose data. (Later, you can pop in a replacement disk to bring the array back up to full strength.) The four-disk, four-terabyte version of ShareSpace, which can store about the equivalent of 300 movie DVDs redundantly, costs $1,000; the two-disk, two-terabyte version, which offers less data redundancy but can be upgraded, is $700. The ShareSpace has neat extra features, including the ability to back up any USB drive plugged in to its front at the touch of a button, and a folder for MP3s that lets computers with iTunes play stored music. store.westerndigital.com

Linksys Powerline Network Kit If a WiFi network doesn’t work for you and you don’t want to run cables around your rooms, consider using the Powerline Network Kit from Linksys ($150–$180). It will let you connect a computer to your Internet modem through your building’s electric outlets. www.linksys.com

D-Link Internet Surveillance Kit Monitor your home while you’re away. The D-Link Internet Surveillance Kit ($290) lets you put a camera wherever you have an electric outlet. You can view a real-time feed over the Web (Internet Explorer required) anywhere in the world and receive e-mail notifications whenever the camera detects motion. www.d-life.com

eStarling Impact 8 WiFi Photo FrameDigital picture frames let you run a rotating slide show of favorite images on your wall or desk, but transferring photographs to the frame can be a hassle. With the Impact 8 WiFi Photo Frame ($170), you just send your photos to the frame via a special e-mail address and they automagically appear a few minutes later. www.estarling.com