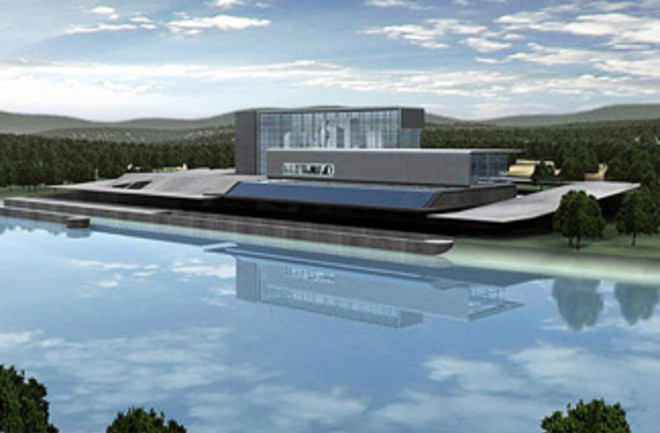 Last year, when DISCOVER covered the FutureGen carbon capture and storage (CCS) project as one of our top 100 stories of 2009, we noted the nickname some opponents had bestowed on the big-budget experiment: "NeverGen." That moniker feels even more appropriate now, as the Department of Energy has changed plans and now says it will overhaul the FutureGen idea and build it in a totally different way. The FutureGen scheme called for building a new CCS demonstration coal plant in Mattoon, Illinois, about 180 miles south of Chicago. The Bush Administration quashed FutureGen because of its hefty budget, but President Obama revived the project with $1 billion in stimulus funding. Now, though, the government says it wants to retrofit an existing power plant across the state in a town called Meredosia rather than build a new one from scratch.

In the new design, the plant would be fed pure oxygen and burn coal, and the exhaust gas would consist of almost pure carbon dioxide. That carbon dioxide would then be piped 170 miles east to Mattoon and injected underground, possibly along with contributions from an ethanol plant in Decatur, Ill., and other industrial plants along the way [The New York Times].

Under the original plan, the high-tech new plant in Mattoon would have turned coal into a clean-burning gas and would then have filtered out the Co2. Senator Dick Durbin of Illinois tried to defend this change of course by arguing that bureaucratic and budgetary headaches delayed FutureGen so long that building that kind of plant isn't worthwhile—gasification

isn't the leading edge technology it was several years ago.

"The heart of this is a research effort," Durbin said. "It really made no sense to build a power plant to prove what's already being tested in three or four other commercial facilities" [AP].

The oxygen-burning plant would be more experimental—if it's ever built. Some trials are going on in Europe, but the New York Times reports

that the largest such plant that presently exists creates about 10 megawatts. The Meredosia plant, which is an old oil-burning operation owned by St. Louis energy company Ameren

, would create 200 MW if successfully overhauled. Construction on the whole project is scheduled to start in June 2011, including the pipeline to Mattoon. (Because carbon sequestration requires the right kind of geology

, you can't just stash CO2 underneath wherever your plant might be. So now that the government has moved the "FutureGen 2.0" across the state, they're stuck piping the CO2 across Illinois to the location that's been approved.) However, with the glacial pace that has plagued FutureGen so far, there's no reason to think it will be the first of its kind by the time it's built.

By the time the scheme starts operating, it may not be the largest oxyfuel demonstration plant in the world. Swedish energy company Vattenfall plans to trial a 250MW oxyfuel boiler at Jänschwalde in Germany, assuming that the requisite carbon capture regulations are passed by the German government. It’s worth remembering that today’s commercial-scale coal power plants produce typically anything from 1 to 2 GW, so these 200-300MW efforts are still mid-size research demonstrations [Nature].

DISCOVER: The Key To Safe And Effective Carbon Sequestration

80beats: Obama & Chu Push Ahead with Clean Coal Projects Despite the Cost