Father of Neutron Bomb, "The Most Moral Weapon," Dies 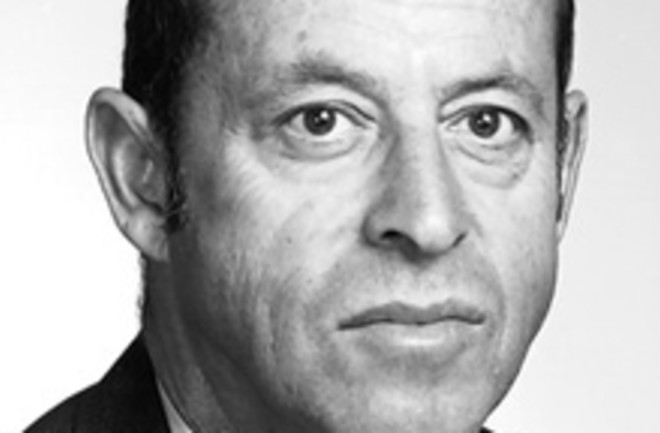 Samuel T. Cohen had a different view of warfare than most, and it's no surprise—he invented one of history's most controversial weapons, the neutron bomb. He died on Sunday. Cohen's ingenious, deadly device actually packed far less destructive power than typical nuclear weapons (which he worked on with the Manhattan Project during World War II). The neutron bomb's detonation sent out a barrage of neutrons, the neutral subatomic particles in atoms, that passed right though inorganic material but killed living things within its blast radius.

All nuclear explosions produce a rain of potentially lethal neutrons, uncharged particles from an atom’s nucleus, and Mr. Cohen, by adjusting components and reshaping the bomb shell, limited the blast and released more energy as neutrons. [The New York Times]

After the Manhattan Project, Cohen went to work for the RAND Corporation

, where he developed his bomb.

He said the inspiration for the neutron bomb was a 1951 visit to Seoul, which had been largely destroyed in the Korean War. In his memoir, he wrote: "If we are going to go on fighting these damned fool wars in the future, shelling and bombing cities to smithereens and wrecking the lives of their inhabitants, might there be some kind of nuclear weapon that could avoid all this?" [Los Angeles Times]

But none of the U.S. presidents in the 1960s or 70s were interested in developing Cohen's weapon, partly out of fear it could violate the test-ban treaty and encourage further weapons proliferation.

In 1981, however, President Reagan ordered 700 neutron warheads built to oppose the massive Soviet tank force that had been strategically positioned in Eastern Europe. He viewed the bomb as the only tactical weapon that could effectively stop the tanks without also destroying much of the continent. The weapons were later dismantled in the face of widespread protests and the disintegration of the Soviet Union. France, China, Russia and Israel are also thought to have produced neutron weapons, but it is not known if they still have any. [Los Angeles Times]

Some critics worried that the neutron bomb's limited damage could make nuclear strikes acceptable and even routine, while others faulted its emphasis on preserving structures.

Soviet Premier Nikita Khrushchev called the neutron bomb the ultimate capitalist weapon, built "to kill a man in such a way that his suit will not be stained with blood, in order to appropriate the suit." [Los Angeles Times]

Cohen, however, never stopped seeing his weapon as good for humanity, rather than evil.

"The neutron bomb has to be the most moral weapon ever invented," Mr. Cohen wrote in his 1983 autobiography, "Shame: Confessions of the Father of the Neutron Bomb." (After the U.S. dismantled its neutron bombs, he retitled the book, "F*** You! Mr. President.") [Wall Street Journal]

Related Content: 80beats: A Nuclear Bomb’s Debris Could Reveal How It Was Made

DISCOVER: Nuclear Weapons by the Numbers