Fancy Fingerprinting Could Tell if You've Been Misbehaving 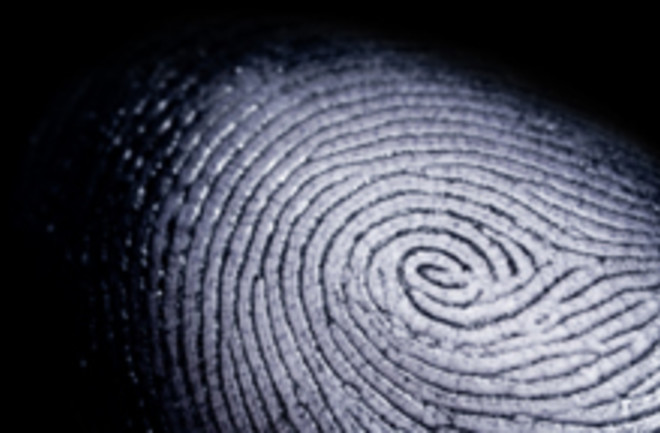 The unique patterns of lines and grooves in a person’s fingerprints have long been used for identification. But scientists now say they’ve developed a method to see what’s in your fingerprints, which could tell authorities not only who you are, but also what you’ve been doing.

Purdue University researchers used a technique called desorption electrospray ionization, or DESI, which involves spraying a solvent onto a fingerprinted surface and then analyzing the droplets that scatter off the print with a method called mass spectroscopy[Telegraph]. Spectroscopy has long been used in the lab to identify molecules by weight, but DESI can be used in the field. Study leader Graham Cooks says this method could identify trace elements of drugs like cocaine or marijuana, the leftovers from explosives like RDX, and potentially other chemicals.

While the new fingerprinting technology could be commercially available in a year or two, don’t expect every police force in the country to splurge for one. A mass spectrometer similar to the one used by the researchers would cost about $350,000 said Debbie Krantz, a spokeswoman for Thermo Fisher Scientific Inc., which makes the devices. Standard fingerprinting techniques can cost less than $100 [Newsday].

That price should eventually come down, but that might not be good news for anyone concerned for their privacy: If such chemical analytic tools become available as consumer gadgets, anyone—employers, spouses, school principals—could potentially discover details just by pointing their DESI pen at fingerprints on somebody’s paper cup. “This is a major concern,” Cooks says. “The implications for privacy are written all over this” [Science News].