Drones, Volcanoes and the 'Computerization' of the Earth 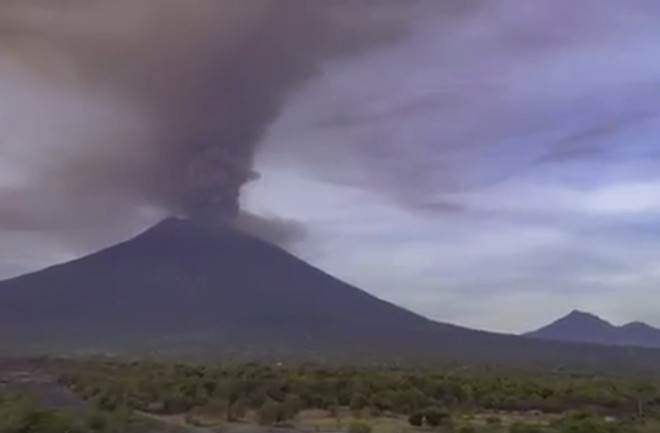 (Credit: YouTube/Adam Fish) The eruption of the Agung volcano in Bali, Indonesia has been devastating, particularly for the 55,000 local people who have had to leave their homes and move into shelters. It has also played havoc with the flights in and out of the island, leaving people stranded while the experts try to work out what the volcano will do next. But this has been a fascinating time for scholars like me who investigate the use of drones in social justice, environmental activism and crisis preparedness. The use of drones in this context is just the latest example of the “computerization of nature” and raises questions about how reality is increasingly being constructed by software. Amazon drone delivery is developing in the UK, drone blood delivery is happening in Rwanda, while in Indonesia people are using drones to monitor orangutan populations, map the growth and expansion of palm oil plantations and gather information that might help us predict when volcanoes such as Agung might again erupt with devastating impact. https://www.youtube.com/watch?v=SS5Qn7YyqG8 In Bali, I have the pleasure of working with a remarkable group of drone professionals, inventors and hackers who work for Aeroterrascan, a drone company from Bandung, on the Indonesian island of Java. As part of their corporate social responsibility, they have donated their time and technologies to the Balinese emergency and crisis response teams. It’s been fascinating to participate in a project that flies remote sensing systems high in the air in order to better understand dangerous forces deep in the Earth. I’ve been involved in two different drone volcano missions. A third mission will begin in a few days. In the first, we used drones to create an extremely accurate 3D map of the size of the volcano—down to 20cm of accuracy. With this information, we could see if the volcano was actually growing in size—key evidence that it is about to blow up. The second mission involved flying a carbon dioxide and sulfur dioxide smelling sensor through the plume. An increase in these gases can tell us if an eruption looms. There was a high degree of carbon dioxide and that informed the government to raise the threat warning to the highest level. In the forthcoming third mission, we will use drones to see if anyone is still in the exclusion zone so they can be found and rescued. https://www.youtube.com/watch?v=_jIJw3cOMEs What is interesting to me as an anthropologist is how scientists and engineers use technologies to better understand distant processes in the atmosphere and below the Earth. It has been a difficult task, flying a drone 3,000 meters (almost 10,000 feet) to the summit of an erupting volcano. Several different groups have tried and a few expensive drones have been lost—sacrifices to what the Balinese Hindus consider a sacred mountain. More philosophically, I am interested in better understanding the implications of having sensor systems such as drones flying about in the air, under the seas, or on volcanic craters—basically everywhere. These tools may help us to evacuate people before a crisis but it also entails transforming organic signals into computer code. We’ve long interpreted nature through technologies that augment our senses, particularly sight. Microscopes, telescopes and binoculars have been great assets for chemistry, astronomy and biology.

The Internet of Nature

But the sensorification of the elements is something different. This has been called the computationalisation of Earth. We’ve heard a lot about the internet of things but this is the internet of nature. This is the surveillance state turned onto biology. The present proliferation of drones is the latest step in wiring everything on the planet. In this case, the air itself, to better understand the guts of a volcano. These flying sensors, it is hoped, will give volcanologists what anthropologist Stephen Helmreich called abduction—or a predictive and prophetic “argument from the future”. But the drones, sensors and software we use provide a particular and partial worldview. Looking back at today from the future, what will be the impact of increasing datafication of nature: better crop yield, emergency preparation, endangered species monitoring? Or will this quantification of the elements result in a reduction of nature to computer logic? There is something not fully comprehended—or more ominously not comprehensible—about how flying robots and self-driving cars equipped with remote sensing systems filter the world through big data crunching algorithms capable of generating and responding to their own artificial intelligence. These non-human others react to the world not as ecological, social or geological processes but as functions and feature sets in databases. I am concerned by what this software view of nature will exclude, and as they remake the world in their database image, what the implications of those exclusions might be for planetary sustainability and human autonomy. In this future world, there may be less of a difference between engineering towards nature and the engineering of nature.