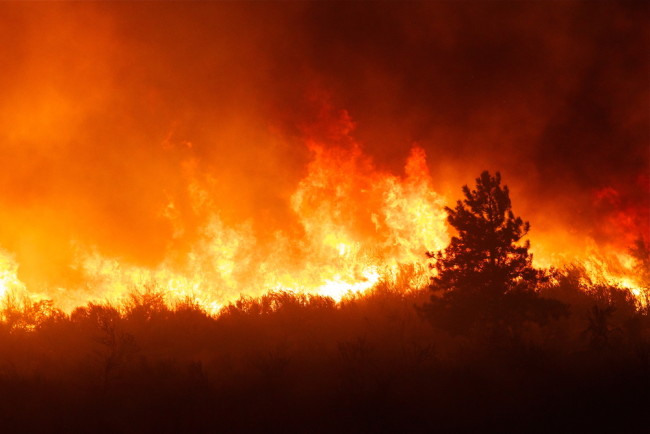 Any disruptive technology is bound to have both successes and missteps. And, in the use of drones to monitor wildfires, we've seen examples of both in recent weeks. In late June, emergency workers in California were fuming after drones, allegedly flown by hobbyists, disrupted firefighting efforts in the southern portion of the state. The drones were reportedly hovering 11,000 feet in air – far above the legal 400-foot altitude limit – and forced a DC-10 airplane loaded with 11,000 gallons of flame retardant to turn from the drop point. Two other planes headed for the same target were also forced to abort their missions due to drone interference. According to the Los Angeles Times, the disruption allowed the fire to spread and the failed mission cost between $10,000 and $15,000. But the same technology that’s frustrating firefighters could also play a key role in preventing tomorrow’s wildfires. A team of researchers at University of California Berkeley has developed a system that uses drones, airplanes and satellites to detect wildfires in their infancy.

The system, which is a theoretical framework at this point, is called the Fire Urgency Estimation from Geosynchronous Orbit, or FUEGO. The system essentially takes technology used to study supernovas in space, and points it back toward Earth. It all starts with satellites fitted with a powerful infrared camera that would monitor patches of land in California. The camera would snap photos in a wavelength of light specifically emitted by fires, but invisible to the naked eye, and beam that information back to land managers on the ground. Additionally, drones and airplanes also fitted with infrared cameras would patrol fire-prone areas to paint an even higher-resolution image of fire risks. If a fire was spotted, drones, being close to the action, could provide real-time feedback about a fire’s behavior, fly at night when aerial tankers are grounded, and even someday assist with mop-up operations to ensure every ember is snuffed out by scoping them out from above. When fully functional, the system could detect and analyze a small fire just three minutes after it started,

Carl Pennypacker, lead coordinator of the project and astrophysicist at UC Berkeley’s Space Sciences Laboratory and Lawrence Berkeley National Laboratory, told Wired the entire system is several years from launching – they don’t have a satellite yet. In the meantime, the team is testing drones that can be sent to the hot zone and provide high-quality overhead images, which is information that could help run simulations that predict the fire’s future path. They’re also looking for ways to raise funds to build a prototype system.