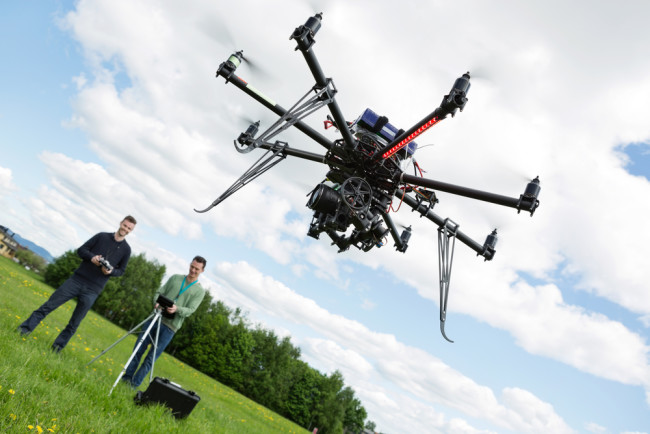 A word to the wise: Be careful what you post on YouTube. Jayson Hanes, a Tampa Bay-based drone hobbyist who regularly posts videos of his flights on YouTube, received a stern warning from the Federal Aviation Administration after officials viewed his clips. Apparently, since YouTube runs ads, Haynes's flights constituted “commercial use” of his drone, which is currently prohibited by the FAA and could result in fines or sanctions for pilots that disobey. The incident is a glimpse at the murkiness of drone law, and underscores the necessity for clear and fair commercial drone laws. The FAA, to its credit, released its draft of regulations earlier this year, but it will be many months of public input and revisions before they're officially set in stone.

Haynes’s row with the FAA, which was originally reported on Motherboard, began after someone lodged a complaint with the FAA. Haynes told Motherboard that he’s only flown his drone for fun. Users can earn income from YouTube ads, but for most people it's hardly a primary source of income. However, Haynes still received the following warning in the mail:

"This office has received a complaint regarding your use of an unmanned aerial vehicle (aka drone) for commercial purposes referencing your video on the website youtube.com as evidence. After a review of your website, it does appear that the complaint is valid."

The FAA has done little to regulate recreational drone flights, but it strictly limits commercial use of drones. And the line between commercial use and recreational use is a bit blurry. A farmer, for example, can photograph his fields with a drone and be in compliance with accepted recreational use. However, if he uses the photo to plan what he’ll plant, his use of a drone crosses into a prohibited commercial use. You can see one of Haynes's questionable videos below: https://youtu.be/uruh29wPFPM Haynes’s case further muddies those waters. As reported in Motherboard:

"With this letter the FAA is claiming that drone-obtained art created by a hobbyist becomes retroactively 'commercial' if it is ever sold, or if, as here, it is displayed on a website that offers monetization in the form of advertising," Peter Sachs, a Connecticut-based attorney specializing in drone issues told me. "Selling art is unquestionably one's right, and the government is forbidden from infringing upon that right."

On Feb. 15, the FAA released its draft regulations for the commercial drone industry. Currently, the FAA is collecting public comment on the proposal (visit www.regulations.gov to add your two cents). The proposed rules would apply to drones under 55 pounds, limit altitude to 500 feet and require commercial pilots to complete a certification process before flying. The FAA is also considering implementing separate rules for recreational drones weighing less than 4.4. pounds. However, we may not see concrete regulations until late 2015 or early 2016. In the meantime, the outright ban on commercial drones will remain in place. To operate a commercial drone, companies need to undergo a lengthy application process to earn an exemption from the FAA. But until commercial drones are officially allowed, more questions about what is and isn’t commercial use are bound to arise. If Haynes’s flights are illegal, what about the thousands of other drone hobbyist videos? Fortunately, FAA inspectors will typically inform out-of-compliance pilots of their error before imposing a fine or sanctions. However, the FAA has in the past levied fines of up to $10,000 for unauthorized drone use. According to Motherboard, the FAA will take a closer look at its guidance regarding advertising.