DNA Computer Does Math, Plus Lays Out Building Blocks For Bigger Circuits 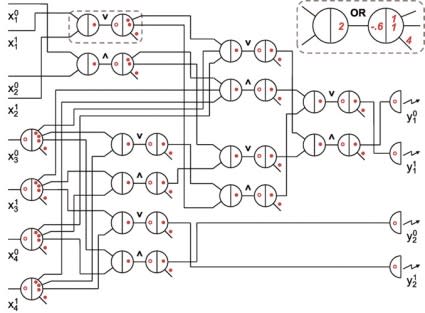 Diagram of the new DNA circuit

What's the News: Researchers have built the most complex DNA-based computer yet, a circuit of 130 strands of DNA that can compute the square root of numbers up to 15. The system, reported

today in Science, is made of biological logic gates, which do computations using DNA strands' natural propensity to zip and unzip. This new method is easily adapted for different calculations and can be automated, meaning it could be used to build much larger circuits. How the Heck: