Despite All Evidence, North Korea Claims a Successful Satellite Launch 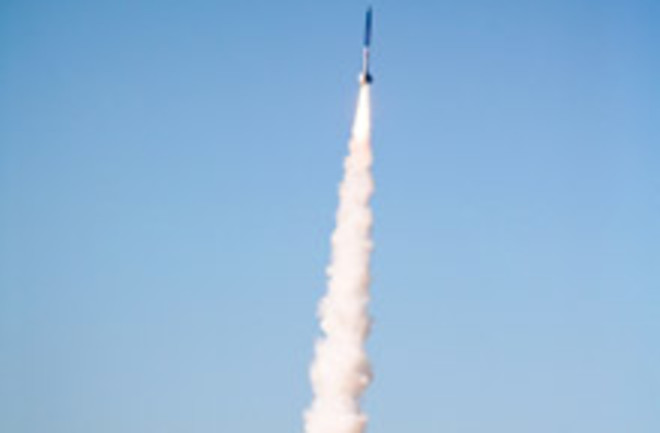 While the international community reacted with outrage to North Korea's rocket launch on Sunday, calling it a provocative test of a long-range missile, North Korea's isolated leader, Kim Jong-Il, continued to insist that the launch was an entirely peaceful enterprise. Kim has repeatedly said that the rocket was intended to send an experimental satellite into orbit, and said it would mark the beginning of his country's space program. There was also disagreement on the basic question of whether anything reached orbit. Officials from the North American Aerospace Defense Command (NORAD) say the rocket's payload splashed down into the Pacific Ocean, while North Korea claims that the satellite is already broadcasting from space. The North Korean news agency reports that Kim is pleased and proud.

"Expressing great satisfaction over the fact that scientists and technicians of the [North Korea] successfully launched the satellite with their own wisdom and technology, he highly appreciated their feats and extended thanks to them," the agency said.... According to North Korea's official media, not only did the country successfully send a communications satellite into orbit, but "it is sending to the Earth the melodies of the immortal revolutionary paeans 'Song of General Kim Il Sung' and 'Song of General Kim Jong Il'" [CNN].

NORAD says that stage one of the rocket fell into the Sea of Japan, and that the remaining stages and the payload itself landed in the Pacific. But although the launch was apparently a failure, some experts note that North Korea has improved the range of its rocket.

According to the South Korean Chosun Ilbo newspaper, the range of the rocket was double that achieved in North Korea's previous Taepodong-2 missile test, carried out in 1998. Citing South Korean and US intelligence authorities, the paper reported that the rocket's second stage landed in waters about 1,984 miles (3,200km) from the Musudan-ri launch site [The Guardian].