"De-Clawed" Nuclear Fuel Would Provide Only Electricity, Not Bombs 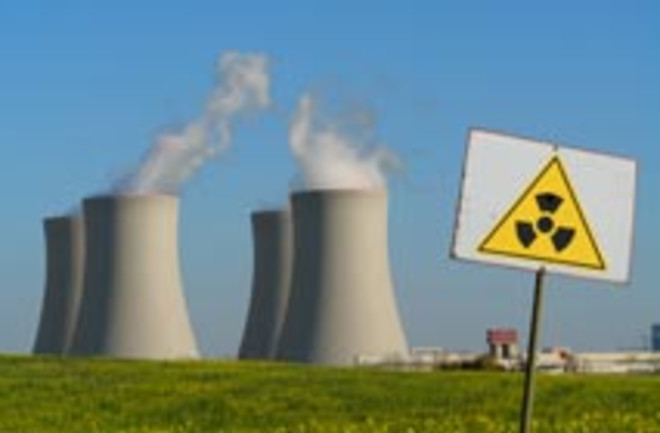 Israeli researchers say they've developed a way to modify nuclear fuel so that it can be used only in power plants, and can't be recycled later to build nuclear weapons. Lead researcher Yigal Ronen says the

work could help "de-claw" some countries if nuclear fuel producers - the US, Russia, Germany, France and Japan - agree to put the denaturing additive they have proven effective into all plutonium [Jerusalem Post].

Israeli scientists suggest in their study that the element americium be added to the fuel at a level of 0.1 percent [Israel National News].

According to their research, the addition would neutralize the fissile plutonium produced by nuclear reactors, making that "denatured" plutonium unusable in a weapon. The research will be published in the journal

next month. Ronen explains that when a country purchases a nuclear reactor from one of the five nuclear fuel producers, the sale includes nuclear fuel for the reactor.

"Thus, if the five agree to insert the additive into fuel for countries now developing nuclear power - such as Bahrain, Egypt, Kuwait, Libya, Malaysia, Namibia, Qatar, Oman, United Arab Emirates, Saudi Arabia and Yemen - they will have to use it for peaceful purposes rather than warfare" [The Register]

, says Ronen. However, the researchers say that countries with more advanced nuclear programs, like Iran, have other ways to produce weapons-grade fuel. Ronen explains that Iran has other options besides recycling spent fuel if it wants to make nuclear weapons: Iran has

centrifuges like those Iraq had, and small plutonium reactors. "Our work could solve only one part of the problem. The reality is more complicated, and denaturing is not relevant for Iran's other options. Iran would be able to continue to threaten the world with the other two options if the world doesn't stop it," he explained [Jerusalem Post].

The news comes just as the

U.N. nuclear watchdog, the International Atomic Energy Agency, is looking into U.S. intelligence reports that Syria had almost built a North Korean-designed, nuclear reactor meant to yield bomb-grade plutonium before Israel bombed it in 2007. Last month, the IAEA said inspectors had found enough traces of uranium in soil samples taken in a trip to the bombed site granted by Syria last June to constitute a "significant" find, and satellite pictures taken before the Israeli bombing revealed a building resembling a reactor [Reuters].