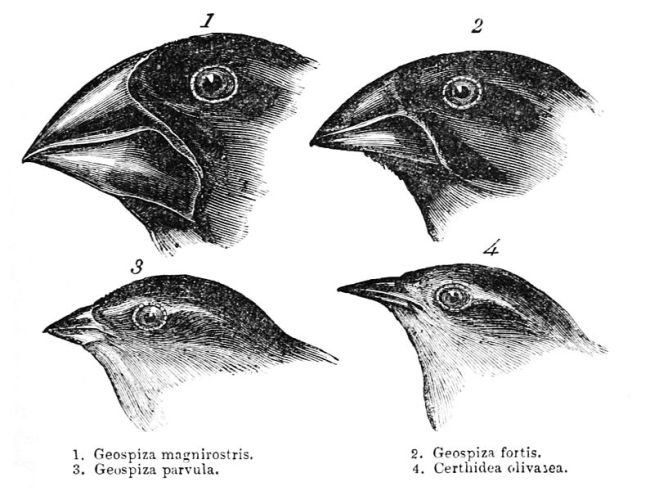 Darwin's finches weren't his. That's what a team of computer scientists found when they tested out a new data-mining technique, Reference Publication Year Spectroscopy (RPYS). This is the first time the technique has been applied to study the origins of a popular phrase – before now it’s been used only to pinpoint the beginnings of scientific fields. In the future RPYS could have applications from exploring virality in pop culture to debunking other scientific legends. How it Works Researchers using the technique begin by searching a database of academic papers for a specified term – in this case, “Darwin’s finches.” For any papers that contain the term, the researchers extract the citations section, in which previously published research is listed. The dates of these previous publications are then plotted on a graph by year. The resulting graph resembles an emission spectrum in chemistry, hence the technique’s name. Just as atomic spectroscopy identifies elements that compose a sample – they show up as distinct lines on an emission spectrum – the idea behind RPYS is to identify the key publications that contribute to a term or idea. In that way RPYS is a reverse of something that researchers already do: look up how often their work has been cited in the literature. The Origin of Darwin's finches As the test case researchers chose the term “Darwin’s finches” because the appearance and popularization of the term had already been explained by historians. Anyone who has read Darwin's work knows that he didn't actually do all that much work with finches, though he did collect them while in the Galapagos. It was evolutionary biologist David Lack who, over 100 years later, did the significant work of connecting the geographically isolated birds to their evolutionary differences. Lack outlined this work in a 1947 paper titled “Darwin's finches” – a nod to the father of evolutionary theory. And indeed, when researchers applied RYPS, a spike appeared at 1947 – indicating that Lack, not Darwin, popularized the concept of “Darwin’s finches.” Thus, the researchers write, “Charles Darwin, the originator of evolutionary theory, was given credit for finches he did not see and for observations and insights about the finches he never made.” The results

were published in arXiv. Popularization of a Concept It's important to note that this is just a measure of influence. The highest quality papers are not always the ones which are cited most frequently. For example, a recent study published in Nature showed that there are gender disparities in paper citations. Articles with women as prominent authors were cited less

than papers authored by men. Further, the RPYS doesn't easily show the first paper to mention something. Lack himself didn't coin the term “Darwin's finches” – he just popularized it. The main point of the paper is that RPYS works, and could help debunk other misconceptions about where research came from. In the meantime: don't believe everything you hear.