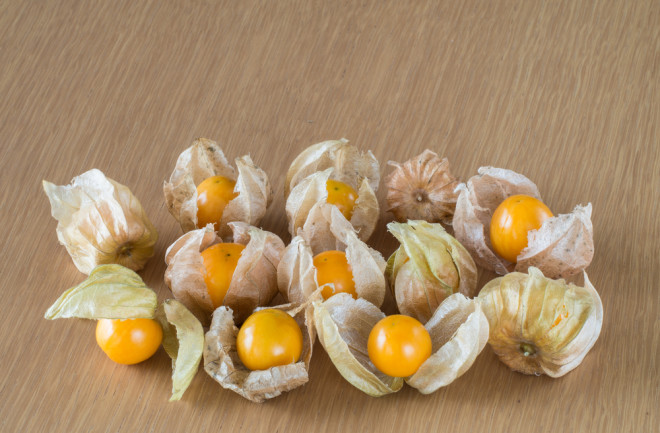 It’s a big week for CRISPR! Despite being a world apart, two separate research groups had the same idea: to see if CRISPR gene editing can really mimic conventional plant breeding.

One group re-domesticated a wild tomato plant; the other used a similar approach to domesticate an entirely new crop: the ground cherry, a tomato relative.

How to Make a Crop Worth Growing

In the past few decades, conventional breeding of the tomato plant has dramatically increased its yield, fruit size, and shelf life.

But this kind of plant breeding leaves quite a bit of room for Mother Nature to get in the way. A good trait and a bad trait might be coded by two genes that are just too close to each other in the DNA to ever hope to keep one while ditching the other.

On top of all that, conventional breeders have to constantly fight to keep a certain level of genetic variation in their plants. If all the genes in their population end up the same, all the plant traits end up the same, and there are no longer any “best plants” to choose from.

To combat this, breeders traditionally have to cross-breed crop plants with wild relatives. This comes with its own challenges, including a risk of losing important crop genes in the process.

But advances in gene editing technology might make those worries disappear.

Researchers have learned a lot about which genes in the modern tomato are responsible for which traits. They can point to specific places in the DNA and say, changes here and here are what made the fruits bigger. This allows them to pinpoint, for example, which genes changed a sprawling vine into a compact plant with fruits that ripen all at the same time.

With CRISPR, changes to genes could be made in a single generation, and with a gene-level precision that doesn’t cause unintended effects.

But this idea hadn’t been thoroughly tested. In Nature Biotechnology, researchers from the State Key Laboratory of Plant Cell and Chromosome Engineering in Beijing attempted to ditch some of the genetic baggage in the conventionally bred tomato and instead “re-domesticate” it from its wild ancestor using CRISPR.

They grew wild tomatoes and engineered the DNA to alter a few key traits. They wanted compact (rather than sprawling) plants, synchronous fruit ripening, larger fruits, and higher vitamin C production, among other things.

The wild plants they used had a few bonus features, either being resistant to bacterial spot disease, tolerant of salt, or both. So when they flipped a few key switches from “wild” to “domesticated,” the resulting plants had a combination of traits that conventional breeding would have taken years to get just right.

The success of this process could have implications for all sorts of crops, dramatically speeding up the continuing quest for improved tolerance to drought, resistance to diseases, and other traits that will be critical for crops to survive future climate.

Meanwhile researchers from the Howard Hughes Medical Institute in Maryland domesticated, for the first time, a tomato relative — the ground cherry. Their work is published in Nature Plants.

The team wanted to see if they could use what we know about tomato genetics to achieve a similar result in a related species with untapped crop potential.

The ground cherry, a species of Physalis, is a weedy plant native to the Americas. Sometimes called a “strawberry tomato,” the sweet-and-sour fruit is already available commercially. But it’s relatively rare: you might come across it in a U.S. farmers market, but it hasn’t achieved the breeding attention or commodification that other crops have. Plants like this are called “orphan crops” — quinoa is probably the most well-known right now.

After quite a bit of genetic and genomic legwork, the team engineered the DNA to alter a few key traits, using tomatoes as a guide. Some of the traits will sound familiar: they wanted compact (rather than sprawling) plants and larger fruits. They also fixed a few other wild tomato problems, like stems that drop their fruits too easily.

So, should we watch for new-and-improved ground cherries in stores?

“We are not at the end yet,” says Zak Lemmon, lead author on the study. “What we were able to do is rapidly show some very rapid improvements in key traits that will be needed for a larger scale adoption into the mainstream agriculture market.”

“(Physalis) was a lot of fun to work on. I think it’s a really interesting specialty crop that has a lot of promise and potential for some bigger impact,” says Lemmon.