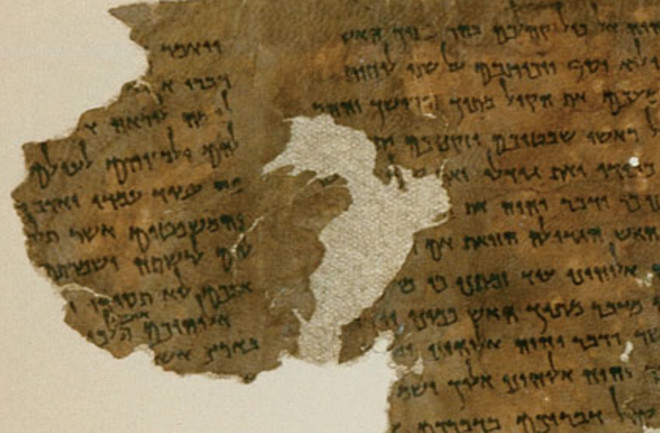 In a great convergence of old and new, Google and the Israel Antiquities Authority are teaming up to digitize the millennia-old Dead Sea Scrolls. The scrolls are the oldest known surviving biblical texts, created between 150 BC and 79 AD. They are written in Hebrew, Aramaic, and Greek and include nearly every book of the Old Testament (except the Book of Esther), and several other religious texts. The scrolls have been tightly guarded because of their delicate nature. Only two scholars are allowed to study the scrolls at a time, which are held in a room where temperature, light, and humidity are all carefully controlled. Public access to the writings will change how they are studied, Rob Enderle told Computer World:

"This is information few have ever seen and a piece of our oldest written history," said Rob Enderle, an analyst with the Enderle Group. "What makes this epic is that it could be important for generations of religious scholars. This is a project that could have an impact on thousands of years in the future. There are few projects that have that kind of life expectancy."

As a part of the digitization, the scans will be posted online, and will have accompanying transcription, translations, and bibliography, the press release

from the Israel Antiquities Authority said:

...upload not only all of the digitized Scrolls images but also additional data online that will allow users to perform meaningful searches across a broad range of data in a number of languages and formats, which will result in unprecedented scholarly and popular access to the Scrolls and related research and scholarship and should lead to new insights into the world of the Scrolls.

The scans are being done at the highest possible resolution; the picture quality will be equivalent to actually looking at the scrolls, which will help keep the delicate papyrus and parchment from future handling. The scrolls were previously imaged in infrared light (in the 1950s), but the current digitization will be done using light of many spectra, which the press release

The technology will also help rediscover writing and letters that have “vanished” over the years; with the help of infra-red light and wavelengths beyond, these writings will be brought “back to life”, facilitating new possibilities in Dead Sea Scrolls research.

The project isn't just a "plug and chug" exercise. The 900 scrolls have been fragmented into about 3,000 pieces, so the technicians won't just be sliding papers into a scanner. As Pnina Shor, the Israel Antiquities Authority's Dead Sea Scrolls project manager, told National Geographic

"You hear 'scrolls' and you think of something big and rolled up. But we have thousands and thousands of fragments that are some 2,000 years old. A lot of this work is puzzle work, scholars piecing things together"—both physically and philosophically. "Now hopefully we will have a lot of new readings" by scholars worldwide who wouldn't have otherwise been able to scrutinize the Dead Sea Scrolls in detail, said Shor.

The imaging will begin in early 2011 and the first images will hopefully be available within six months. Related content: Discoblog: World’s Oldest Bible, Now Available on Your Laptop

Discoblog: The Science of Virgin Birth

Bad Astronomy: Are the Ten Commandments really the basis for our laws?

DISCOVER: In Search of John the Baptist