Canadian Internet Users: Link to This Post at Your Own Risk 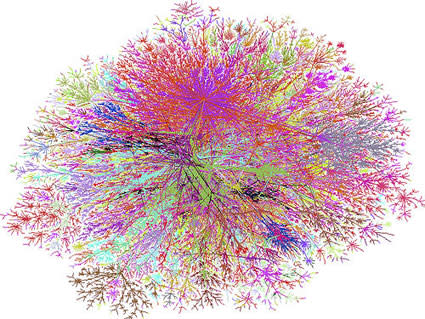 A lawsuit by Vancouver businessman Wayne Crooke might just break Canada's Internet. Crooke is suing the publisher of a site called p2pnet for a post about free speech in Canada, written in response to a libel lawsuit brought by Crooke. In the post, publisher Jon Newton linked to the allegedly libelous articles. Crooke asked him to remove the links, but Newton refused, so Crooke accused him of defamation. If Newton loses in court, anyone who shares a libelous (whether they know it or not) link over the Internet would be guilty of libel themselves, a ruling that would essentially shut down the Internet, Newton explained to Ars Technica:

"If I lose there won't BE an Internet in Canada," Jon Newton wrote me this morning as he prepared to step aboard a Vancouver Island seaplane. "Just a shadow."

The case has been dragging on for years, since the blog post went up in 2006. After Crooke lost in British Columbia court and in his provincial appeal, he successfully appealed his case to the Supreme Court of Canada, a trial that is starting today

in Ottawa and is being streamed live

. The case could impact not only bloggers, who use hyperlinks

in their text (see what I did there?), but also anyone who shares links over social networks like Facebook, Twitter, or Tumblr; via forums and link sharing services like Reddit, Digg, and Del.icio.us; or even search giants like Google, Bing, and Yahoo!. Crooke argues that the inclusion of a hyperlink means that the author is essentially "republishing" the original libelous article, no matter how the link in included in the text. The Montreal Gazette

"The creation of a hyperlink is a considered and active choice," said [Crooke's] written arguments. "It is part of what the primary article has chosen to communicate. It is more than a mere reference, it is an inclusion."

Newton and his defense team, including the Canadian Internet Policy and Public Interest Clinic

--a finger pointing at something:

But even Newton's advocates note that there may be exceptions. Ars Technica

explains CIPPIC's idea that a person may be at fault for linking to libelous material if he has "knowingly endorsed and adopted the defamatory statements," and also notes an example from the appellate judge:

As one of the appellate judges in the case noted, saying something like "the truth about Crookes can be found here" and linking "here" might be a very different thing from a mere bibliographic link.

Discoblog: Is Googling Bad For the Environment?