A new synthetic connector could help bridge the gap between mineral-rich bone and fully organic tissue. 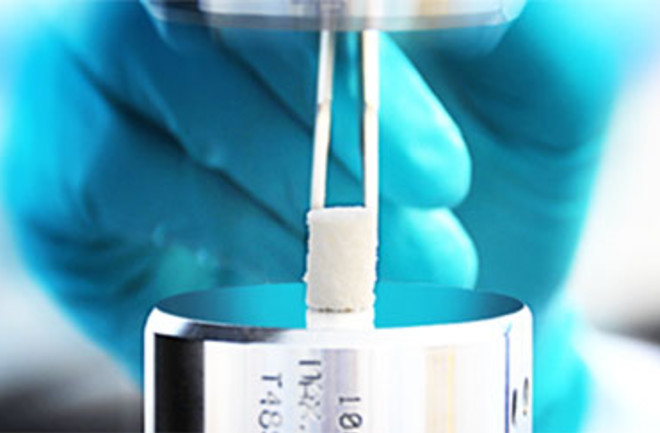 When quarterback Tom Brady tore a knee ligament last year, the New England Patriots got a rude lesson in the limits of modern medicine: Repairing injured ligaments, tendons, and cartilage is difficult, much trickier than mending a broken bone. When tendons—essential connectors between muscle and bone—are severed, surgical attempts to anchor the tendon to bone often fail because the materials are so different. The problem is akin to joining a rope to a cement wall.

Now researchers are building synthetic interfaces that re-create the architecture of natural connective tissue in hopes of tricking the body to regrow the broken connection. Stavros Thomopoulos and Younan Xia, biomedical engineers at Washington University in St. Louis, are working with a scaffold made of microscopic nanofibers. It is pliable and tendonlike at one end but denser and more bonelike toward the other. “There’s lots of mineral in bone and none in tendon. At the interface, there’s a gradation,” Thomopoulos says. The scaffold simulates that gradient. In recent experiments, precursors of bone and connective tissue cells regenerated on the scaffold, yielding the desired properties for tendon reattachment. Thomopoulos is testing the system in rats.

Synthetic mimics of cartilage, the body’s shock absorber, are even farther along. In February, U.K.–based Orthomimetics began a human trial of one such implant, built from the protein collagen (a building block of many body tissues) and the mineral calcium phosphate (found in bone).