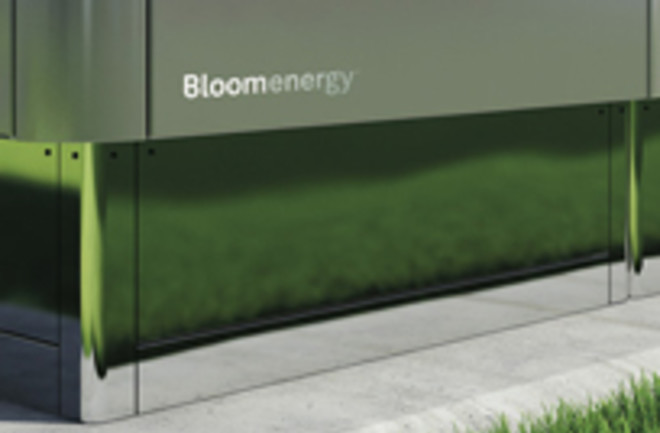 If you can say one thing about the people behind the Bloom Box, it's that they know how to generate a buzz. The box is the creation of Silicon Valley Start-up Bloom Energy, and despite the facts that precious few details are know about this hyped fuel cell system, the Internet is all atwitter about it thanks to a 60 Minutes segment featuring CEO K.R. Sridhar that aired on CBS last night.

Fuel cells are the building blocks of the Bloom Box. They’re made of sand that is baked into diskette-sized ceramic squares and painted with green and black ink [Christian Science Monitor]

. The cells are stacked and housed inside the Bloom Box, which is reportedly about the size of a refrigerator. On 60 Minutes, Sridhar promised that each individual cell could power a light bulb, while it would take little more than 60 to power an entire small business, like a coffee shop. It's taken upwards of $400 million in venture capital to advance the Bloom Box, an idea Sridhar got from his days at NASA working on a way to make oxygen on Mars.

Sridhar simply turned the concept on its head by pumping oxygen into the box, along with fuel. The oxygen and fuel combine within a new type of fuel cell to create the chemical reaction that makes electricity [Popular Science]

. The chemical reaction wouldn't produce any globe-warming emissions, and the energy for the fuel cells could reportedly come from natural gas, biofuel, or even solar panels. Sridhar wants these individual power sources to replace the electrical grid, and he has some high-profile support, too: Wal-Mart and Google are among the companies currently trying out his box, and Colin Powell is an adviser. But if the idea of cheap, clean energy leaves you suspicious, and reminds you of similar promises from experiments like the 1989 Fleischmann-Pons cold fusion "breakthrough," you're not alone. Greentech Media CEO Michael Kanellos appeared on the CBS segment to question Bloom's promises, noting the long and difficult history of fuel cell technology and the lack of great detail about Bloom Box:

"You know, they wanna almost make instant energy. But they're also kind of sprinkled with stardust. You know, Al Gore talks about them. You see the CEO palling around with Tom Friedman at Davos. So there's a certain whiff of celebrity" [CBS News]

. As of this writing, Greentech Media's own post about the Bloom Box is illustrated with a fanciful unicorn prancing in front of a rainbow. Sridhar plans to unveil the machine on Wednesday, and Bloom Box's own cryptic Web site features little besides a clock counting down to that time. Though the corporate units currently in demo cost hundreds of thousands of dollars, Sridhar says he can eventually bring the cost down to about $2,000, and wants one in every home in the country. We'll see. Related Content: 80beats: London's Garbage Will Soon Fuel Some British Airways Flights 80beats: With $4.5 Million in Pocket Change, Bill Gates Funds Geoengineering Research 80beats: Self-Assembling Solar Panels Use the Vinaigrette Principle 80beats: Will These 4 Biofuels Be Bonanzas or Busts?Image: Bloom Energy