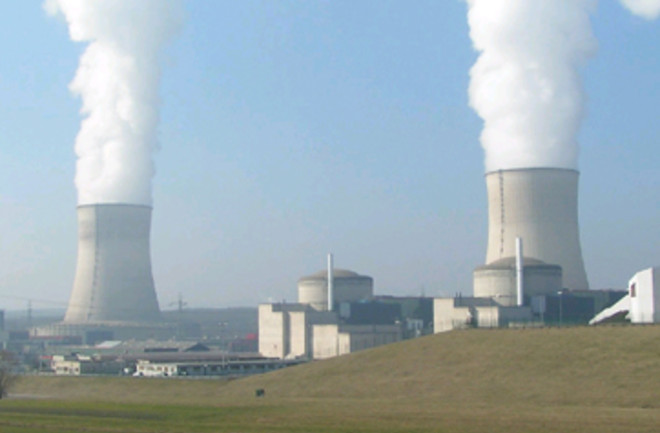 ExxonMobil has thrown in the towel, terminating its campaign to convince the public that global warming is a hoax concocted by some pointy-headed intellectuals. All three major Democratic candidates for president, and some of the top Republican contenders as well, have promised serious action. Leading members of Congress have introduced a half dozen bills that would impose some kind of carbon regulation, and even the president now concedes that climate change is important.

Using coal to make electricity accounts for about a third of America’s carbon emissions. As a result, tackling emissions from coal-fired power plants represents our best opportunity to make sharp reductions in greenhouse gases.

Fortunately, we already have the technology to do that. Unfortunately, right now the United States is addicted to coal, a cheap, abundant power source. Burning coal produces more than half the country’s electricity, despite its immense human and environmental costs. Particulates and other air pollutants from coal-fired power plants cause somewhere between 20,000 and 30,000 premature deaths in the United States each year. Fifty tons of mercury—one-third of all domestic mercury emissions—are pumped into the atmosphere annually from coal plants. In addition, the extraction of coal, from West Virginia to Wyoming, devastates the physical environment, and its processing and combustion produce gigantic volumes of waste.

For the last decade, coal-burning utilities have been fighting a rearguard action, resisting costly antipollution measures required by environmental legislation. At the same time, they have been holding out the prospect of “clean coal”—in which carbon is captured and stored as coal is burned. But clean-coal technologies have yet to be demonstrated on a large scale commercially, and by the admission of even the president’s own climate-technology task force, clean coal doesn’t have any prospect of making a big dent in the climate problem in the next 15 to 20 years.

By comparison, nuclear and wind power are proven technologies that emit no carbon and whose environmental risks and costs are thoroughly understood and which can make an immediate difference for the better.

The first thing to be appreciated about reactors in the United States is that they are essentially immune to the type of accident that occurred at Chernobyl in April 1986. Put simply, because of fundamental design differences, U.S. reactors cannot experience a sudden and drastic power surge, as happened at Chernobyl’s Unit Number 4, causing it to explode and catch fire. In addition, the reliability of U.S. nuclear plants has been constantly improving. In 1980, American nuclear power plants were generating electricity only 56 percent of the time because they frequently needed special maintenance or repair. By 2004, reactor performance had improved to the point of generating electricity over 90 percent of the time.

Our regulatory regime, which was enormously strengthened in the wake of the 1979 Three Mile Island accident (during which no one was hurt, by the way), is indisputably much better than the Soviet system, which bred endemic incompetence. Management of U.S. nuclear power plants has improved dramatically since Three Mile Island, and security has been tightened significantly since 9/11 (though more remains to be done). By comparison with other tempting terrorist targets like petrochemical complexes, reactors are well fortified.

What about the problem of storing radioactive waste? It is overrated from an engineering standpoint and pales in comparison with the challenges associated with the permanent sequestration of immense quantities of carbon, as required by clean-coal systems. Though the wastes from nuclear power plants are highly toxic, their physical quantity is surprisingly small—barely more than 2,000 tons a year in the United States. The amount of carbon dioxide emitted by our coal plants? Nearly 2 billion tons.

Let us say it plainly: today coal-fired power plants routinely kill tens of thousands of people in the United States each year by way of lung cancer, bronchitis and other ailments; the U.S. nuclear economy kills virtually no one in a normal year.

Perhaps the most serious concern about increasing our reliance on nuclear power is whether it might lead to an international proliferation of atomic bombs. Contrary to a stubborn myth, however, countries do not decide to build nuclear weapons because they happen to get nuclear reactors first; they acquire nuclear reactors because they want to build nuclear weapons. This was true of France and China in the 1950s, of Israel and India in the ’60s and ’70s, and it’s true of Korea and Iran today. Does anybody honestly think that whether Tehran or Pyongyang produces atomic bombs depends on how many reactors the United States decides to build in the next 10 to 20 years?

Ultimately, the replacement of old, highly polluting coal-fired power plants by nuclear reactors is essentially no different from deciding, after putting sentimental considerations aside, to replace your inexpensive and reliable—but obsolete—1983 Olds Omega with a 2007 Toyota Camry or BMW 3 Series sedan.

All that said, it’s important to be clear about nuclear energy’s limits. It’s likely that the construction of at least one new nuclear power plant will be initiated by the end of this year, ending a two-decade drought in new nuclear plant construction. But by its own estimates, the U.S. nuclear industry can handle only about two new nuclear reactor projects annually at its present-day capacity.

Obviously, given these limits, a lot of new wind generation, conservation, and improvements in energy use will also be needed. Wind is especially important because, despite the hopes of many, solar power just isn’t going to cut it on a large scale in the foreseeable future. Right now, on a dollar per megawatt basis, solar installations are six or seven times as expensive as wind.

Wind turbines already generate electricity almost as inexpensively as fossil fuels. Thanks to a two cents per kilowatt-hour production incentive from the U.S. government, they are being built at a rate that will increase the amount of wind-generated electricity by nearly three gigawatts a year. Taking into account that wind turbines produce electricity only about a third of the time, that’s roughly the equivalent of building one standard one-gigawatt nuclear power plant a year.

Currently, nuclear and wind energy (as well as clean coal) are between 25 and 75 percent more expensive than old-fashioned coal at current prices (not including all the hidden health and environmental costs of coal), and so it will take a stiff charge on coal to induce rapid replacement of obsolete plants. A tax or equivalent trading scheme that increases the cost of coal-generated electricity by, say, 50 percent would stimulate conservation and adoption of more efficient technologies throughout the economy and prompt replacement of coal by some combination of wind, nuclear, and natural gas. Proceeds from the tax or auctioned credits could (and should) be used to compensate regions and individuals most adversely affected by the higher costs, like the poor.

For the last six years, the U.S. government, with well-orchestrated support from industry, has told the American people that we can’t afford to attack global warming aggressively. That’s nonsense. We’re the world’s richest country, and we use energy about twice as extravagantly as Europe and Japan. It’s no surprise that we account for a quarter of the globe’s greenhouse-gas emissions.

What the United States needs to do is get in step with the Kyoto Protocol, both to establish its bona fides with the other advanced industrial countries and to give countries like India and China an incentive to accept mandatory carbon limits. That implies cutting U.S. carbon emissions by 25 percent as soon as possible.

The United States could do that by simply making the dirtiest and most inefficient coal plants prohibitively expensive by means of the carbon tax or trading systems mentioned above.

All we need to move decisively on carbon reduction is a different kind of political leadership at the very top. Surprisingly, it’s the muscle-bound action-movie star who runs California who has best captured the spirit of what’s needed. Last September, the day Arnold Schwarzenegger signed a bill committing his state to a program of sharp greenhouse-gas reductions, he told an ABC interviewer that climate change kind of “creeps up on you. And then all of a sudden it is too late to do something about it. We don’t want to go there.”