A physicist's monster cookbook brings bold experiments into the kitchen. 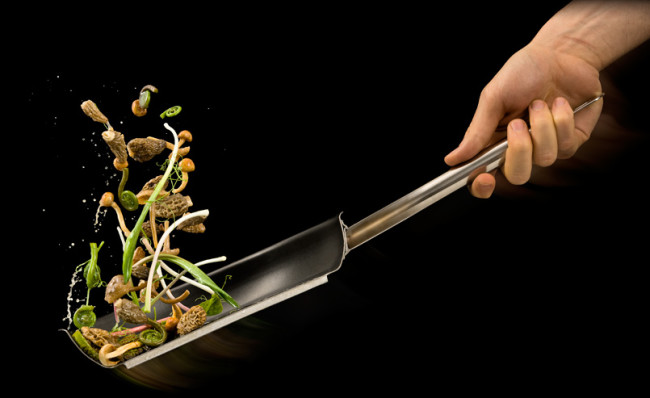 Nathan Myhrvold earned a Ph.D. in theoretical and mathematical physics at 23, helped Stephen Hawking research the quantum theory of gravitation as a postdoctoral fellow at Cambridge University, served as Microsoft's chief technology officer, became a billionaire, and founded an invention-generating company that now holds more than 30,000 patents, including one for an invisibility cloak and another for a laser beam that annihilates malaria-ridden mosquitoes.

But that's not all he's done with his science knowledge. In March he published a six-volume, 2,400-page, 40-pound cookbook called Modernist Cuisine that attempts to catalog every science principle known (and, until now, unknown) to cooking. To research the tome, he and a team of 50 chefs, writers, and photographers spent five years conducting detailed tests, many of them involving liquid nitrogen, rotary evaporators, centrifuges, and other industrial paraphernalia.

We asked Myhrvold and Wayt Gibbs, the editor-in-chief of Modernist Cuisine, to share a few favorites among the 3,200 photos in the book, along with some of the counterintuitive insights they gained along the way. Prepare to unleash your inner Frankenchef.

SECRETS OF A SUPER SAUTE The two most common mistakes when sauteing are skimping on oil and letting food sit too long in one spot. Abundant oil in the pan fills in gaps and wicks up the sides of the food, distributing the heat evenly. With too little oil, heat concentrates where food comes in contact with the pan, causing some parts to scorch while others remain undercooked. Experienced chefs saute in a very hot pan and keep the food in motion.

Lessons: Instead of stirring with a spatula, move the pan in a jerking, circular trajectory to control heat and baste the food in hot oil. Use the larger muscles of the arm to avoid injuring your wrist. As to your pan, it should be broad and shallow, with sloping sides to make tossing easier. 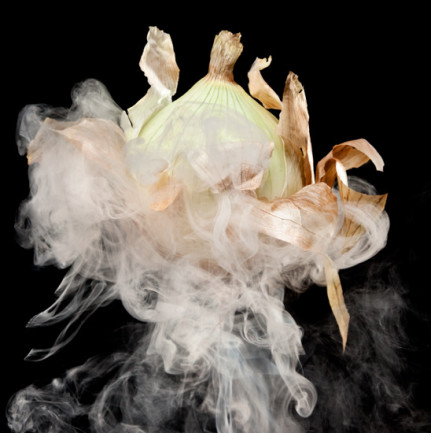 When Myhrvold was 9 years old, he persuaded his mother to let him cook Thanksgiving dinner. She agreed, not realizing his inspiration was The Pyromaniac's Cookbook, which he had discovered at the local library a week earlier. Myhrvold nearly set the dining room table on fire, but the incident only encouraged his culinary pursuits. He saw the holiday blaze not as a disaster but as a hands-on lesson in the physics of flaming dishes. Forty-two years later, Myhrvold's fascination with experimental cooking techniques continues.

Smoking is usually associated with sausages, ribs, and salmon, but there's no reason you can't smoke plant foods as well. With vegetables, the goal of smoking is to flavor rather than preserve, though some preservation inevitably results from the dehydration that occurs. Traditional examples of smoked vegetables include the charred, mashed eggplant in baba ghanoush and the smoked Mexican chili peppers known as chipotles. The trick is getting flavors in the smoke to condense in a film on the vegetables without heating them so much that their texture is significantly altered. New cold-smokers allow vegetables like this onion to remain at refrigerator-like temperature while smoke is piped in from a fire. 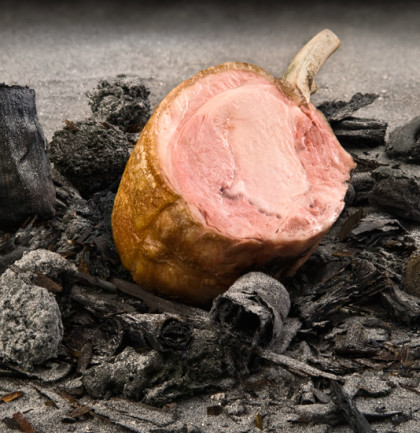 A good pork roast is as sublime as it is uncommon: Its flesh is tender and juicy, its skin delicate and crisp. But how do you get that superb crackly exterior without overcooking the meat? One solution is to cook the skin and meat separately. Vacuum seal the pork in plastic and slow-cook in a water bath until the meat reaches the same temperature throughout. Meanwhile, gelatinize and fry the detached skin and sprinkle it on the loin. Here we garnish it with edible "coals" made out of stewed prunes and caramel foam. 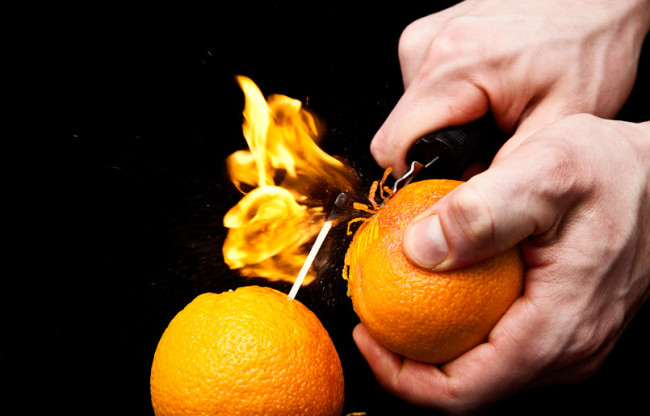 Essential oils like those of lemon and orange, and concentrated aromatic compounds like vanilla, are to flavor what Klaxon sirens are to sound. Thanks largely to the perfume industry, a huge variety of essences are available, from allspice to wormwood. Some chefs have begun using laboratory-style distillation equipment to derive their own concentrates as well.

But using these powerful ingredients--especially diluting them for taste in food and drink--requires finesse. The oils and the solvents in which they are suspended can be flammable. Not all are safe for human consumption. And in high concentration, essences may smell nothing like they do when used by the discerning chef. 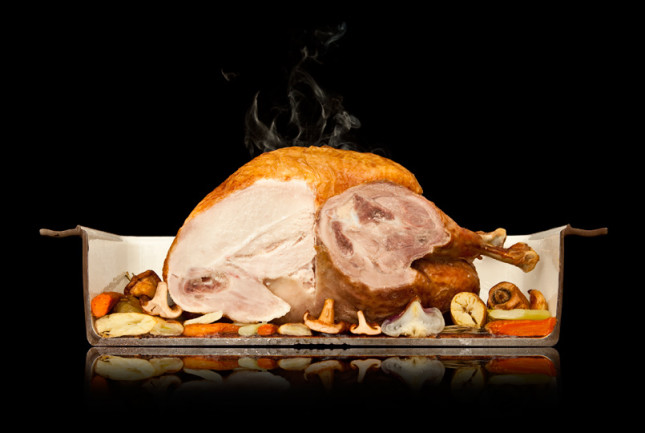 Conventional thinking about oven-cooked turkey is often off the mark. People focus too much attention on how the meat heats, even though how it dries in the oven is at least as important.

What actually controls the baking of food in an oven is not the temperature you set but the humidity created by water evaporating from the food. A drier bird cooks faster, so start by using a rack to keep it out of its own juices, and baste the bird with oil. This reduces the rate of water evaporation, raises the surface temperature of the meat, and consequently speeds up cooking. 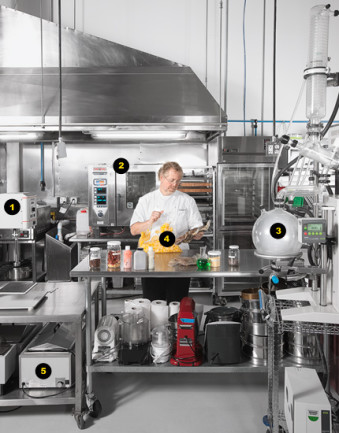 Many of the 1,500 recipes in Modernist Cuisine were created in Nathan Myhrvold's Cooking Lab, a high-tech dream kitchen for anyone who aspires to cook with scientific precision. Take a tour of the tools:

A rotor-stator homogenizer [1] uses shear forces to emulsify liquids that don't usually mix. A combination oven [2] controls the humidity as well as the temperature of the air surrounding food. The rotary evaporator [3] works like a high-tech still, evaporating off flavorful aromatic compounds from a food and then collecting and condensing them into a concentrated essence. Food vacuum-sealed in plastic [4] cooks in a water bath controlled by computerized thermostats [5]. Known as a sous vide cooker, the heated bath holds food for hours within a fraction of a degree of the preset temperature, eliminating oxidation reactions that can discolor food and harm its flavor or texture.