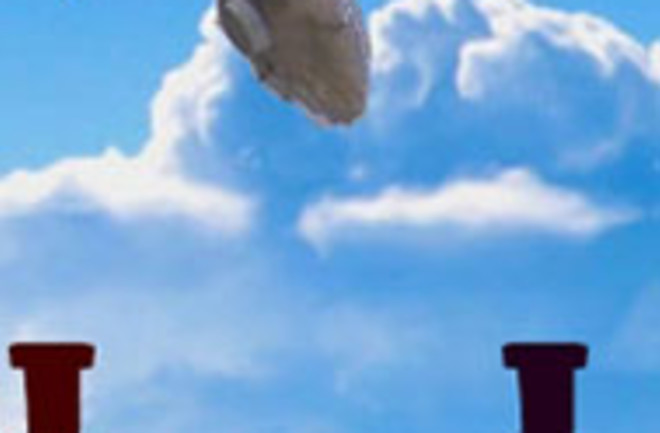 Not even one week after the Balloon Boy hoax that riveted cable networks and American audiences, two video games have already been rolled out based onb Falcon Heene's fake-out journey. The first, called the Balloon Boy Game, is distributed by Web start-up Heyzap. The second, Balloon Boy Adventure, is hosted on Newgrounds.com. Here's a review from the Christian Science Monitor:

Both games are pretty straightforward. In the Balloon Boy Game, seen in the image at right, the user pilots young Falcon Heene across an urban cityscape. Falcon hangs haplessly onto the balloon; there is an option to shoot at seagulls, or grab free power-ups. In Balloon Boy Adventure, neither Falcon nor his father, Richard Heene are present – there’s only that big tinfoil muffin of a balloon. Anecdotally, the games are enjoying a good deal of success... But for tech junkies, the most interesting part about the Balloon Boy games is that they exist at all.

Yup, it took developers all of half a day to come up with a concept and execute it into a workable game. Even more impressive would be gaming that's simultaneous with the cable news coverage. Related Content: Discoblog: Shooting Your Boss: Encouraged in Video Games, Less So in Real Life Discoblog: Beware Playstation-itis! Video Gaming Results in Rare, Nasty Rash Discoblog: “Air Guitar Hero” Helps Amputees Test Out New Arms