Are "Microlungs" the End of Lab Rat Experiments? 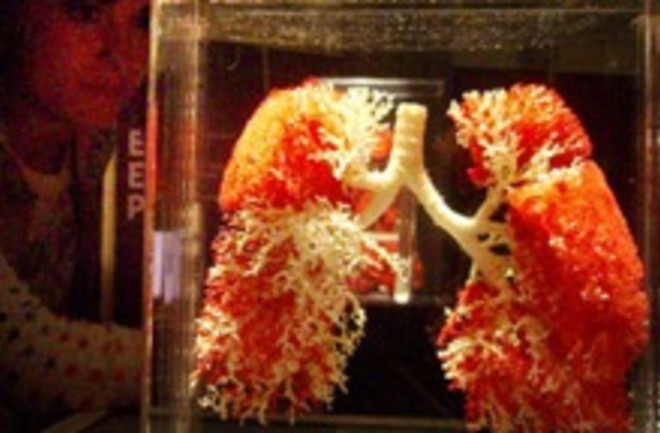 The idea of growing tissue or an organ isn’t new, but scientists are getting ever closer: A scientist at MIT is creating a liver chip that can act like human liver tissue and react to medicines or toxins, while another group is manufacturing synthetic skin that can be used for testing. Some are trying to create human blood vessels and organs in a petri dish, or even grow organs inside other animals. Everyone wants their tissue structure to be the one that can replace animals in the lab—now add University of Cardiff’s cell biologist Kelly BéruBé to that list. She can grow lung cells on small plastic spheres, and the cells function just like the insides of human lungs. Scientists normally need around 200 rats to test the potentially toxic effects of inhaling a single dose of a chemical, and 3000 rats for chronic studies. But the need for lab rats might soon be eradicated if BéruBé’s new microlung can be used to test the safety of thousands of chemicals or drugs. Two companies, Unilever and AstraZeneca, are already using the microlungs to test drugs. Eventually, BéruBé hopes to grow them on a chip, so that thousands can be grown and more tests can be run. However, to become fully operational, the 2-D structure will have to become a full 3-D organ, because changing the dimensions can change how the chemicals react to the "lung." While it may be possible to do this someday, no one has yet succeeded yet. Related Content: DISCOVER: Tissue Engineering DISCOVER: Brothers with Heart DISCOVER: Is That a Dead Mouse You're Cloning?