Archaeologists Trade in Their Primitive Tools for a Kinect 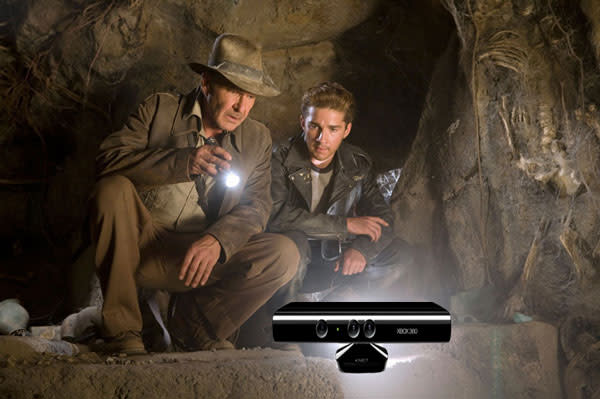 Is there any limit to the cool things you can do

? Just last month we told you about students in Switzerland that used the device to create a gesture-controlled quadrocopter

; now, students in California are looking to employ the Kinect in archaeological digs in Jordan. Excavation is painstaking work, requiring careful cataloging of every artifact and the exact locations where they were found. To simplify this tedious process, researchers at the University of California, San Diego have modified a Kinect to do all the work for them. The new system, called ArKinect (archaeology + Kinect, if you didn't catch that), extracts information from the Kinect's streaming data feed of visible and infrared light. The archaeologists will the use the system to quickly make accurate 3D scans of both the entire dig site and anything they pull up from the ground. The idea is to then plug the data into their 360-degree virtual reality environment called StarCAVE

, which would allow the archeologists to interact with the virtual objects. “We can then use the 3D model, walk around it, we can move it around, we can look at it from all sides,” UCSD research scientist Jürgen Schulze said in a prepared statement

. The setup currently uses an overhead video tracking system, limiting its use to small indoor spaces. So, at least for now, the researchers will probably only be using the technology in dig site tents or, if they take after Indiana Jones, in snake-infested caves. [via PhysOrg