Anyone Can Solve a Rubik's Cube With Augmented Reality 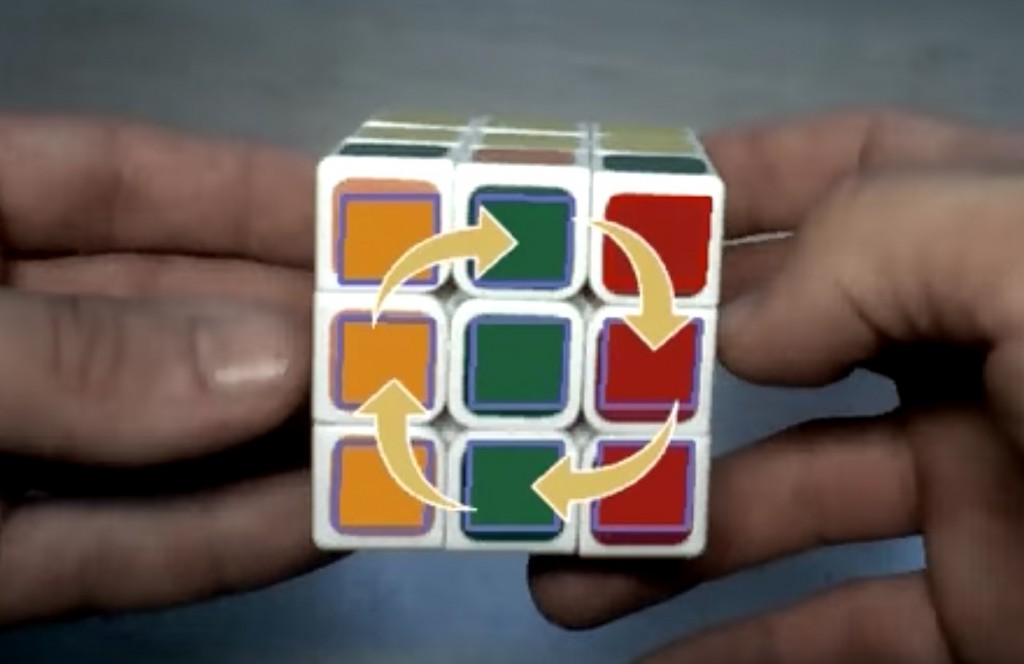 To the uninitiated, a Rubik's Cube is a devilishly complex contraption — as anyone who has idly picked one up only to throw it aside minutes later can attest. But there is hope for the impatient: A new program made by an undergraduate in Prague uses augmented reality to project a step-by-step solution onto any Rubik's Cube, allowing even a novice to end up with a perfectly arranged cube.

One Step at a Time

The mistr kostky (Czech for "master cubes") system, designed by Martin Španěl as his undergraduate thesis at Charles University, combines a video camera with the Cube Explorer software to read any configuration of a Rubik's Cube and project simple instructions for solving it onto the cube face. The augmented instructions look a little glitchy, especially if you move the cube too much, but Španěl says that they should allow anyone to solve a cube within 20 moves. The software first analyzes each face of the cube to store the configuration of the colored squares, and then a computer algorithm charts the optimal series of moves needed solve the puzzle. These show up as directional arrows on top of the cube face that should be turned. Once a move is completed, the system automatically progresses to the next one. [embed]https://www.youtube.com/watch?v=Pz5xvVwr9Ds[/embed] Even with the help of the augmented, you won't be setting any records solving the cube. Working a Rubik's Cube has long since gone from an idle hobby to a competitive sport, complete with a worldwide association and an impressive list of world records — the current world record stands at 4.9 seconds. The secret to solving a Rubik's Cube in record time comes down to a set of algorithms that guide the twists and turns no matter what configuration the cube is set to. And, as with any algorithm, you can bet that a computer can do it better than we can. The world record for a robot is 2.4 seconds.