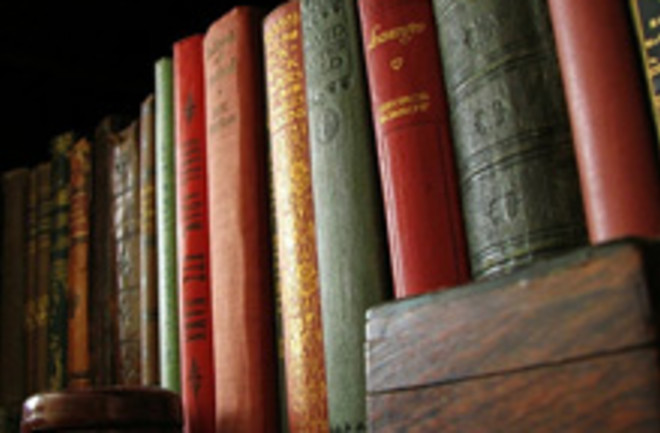 The nose knows when you've walked into a library or archive populated by books of a certain age: The distinctive musty smell of the old paper fills the halls and reading rooms. Now, for a study in Analytical Chemistry, a research team has analyzed the chemicals that combine to form the "old book smell," and says that one day a book's odor could tell scholars a lot about the tome's history.

The international research team, led by Matija Strlic from University College London's Centre for Sustainable Heritage, describes that smell as "a combination of grassy notes with a tang of acids and a hint of vanilla over an underlying mustiness. This unmistakable smell is as much part of the book as its contents," they wrote in the journal article [BBC News]

. The smell is a result of volatile organic compounds that are released as the paper ages. After watching conservators smell the paper while investigating old books, Strlic applied a "sniff test" based on gas chromotography-mass spectrometry to sort out the chemicals mingling in the odors of 72 older documents.

. The system isn't ready for librarians or conservators yet, but Strlic says he envisions a hand-held model they could use to analyze the age of a book, or what materials constitute its pages and binding, in a noninvasive way. Currently, age-testing a book usually requires snipping off pieces for testing.

The sooner the better, because books aren't forever. Paper produced until about 1850 was made to last for millenniums. The development of new wood-pulping techniques in the middle of the 19th century and the use of rosin sizing reduced the longevity of paper. The acidity of paper made with these techniques causes them to degrade more quickly than the older papers — or newer ones made with different methods after 1990 [Wired.com]

. Related Content: 80beats: The DNA of Medieval Manuscripts May Reveal Their History 80beats: In Controversial Scent Lineups, A Dog's Nose Picks Out the Perp 80beats: Ant's Chemical Signal Tells Nest Mates, "I'm Not Dead Yet." The Intersection: On Books, in which DISCOVER blogger Sheril Kirshenbaum sings the praises of that old book smell.