A scientific analysis of bartenders serving actors pretending to be drunk. 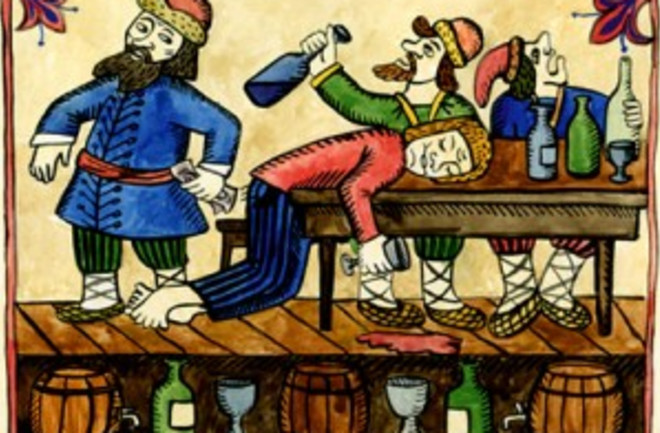 Photo: flickr/paukrusWe all know that it's usually a good idea to not give more alcohol to really drunk people, and many places have made it illegal for bartenders to do so. The authors of this study decided to use actors pretending to be drunk to see how often such laws were obeyed in the Netherlands, and to follow up with the bartenders to find out why they were serving really drunk patrons. Not surprisingly, most of the actors were able to buy drinks no matter how drunk they appeared to be. But the best part of this paper, in our opinion, is the list of actions they had the actors perform in order to appear "moderately" or "very" drunk (see Table 2, after the jump). Next time I accidentally get drunk, my plan is to make sure I do none of these, and no one will know. It's foolproof!One More Beer? Serving Alcohol to Pseudo-Intoxicated Guests in Bars. "BACKGROUND:Consuming large quantities of alcohol might result in negative consequences for both individual drinkers (alcohol dependency and addiction) and society (violence, traffic crashes). In order to decrease the prevalence of alcohol abuse, many countries have adopted regulations prohibiting the catering industry to serve alcohol to intoxicated guests. This article investigated compliance with these regulations in the Netherlands. METHODS: A study was conducted in which pseudo-intoxicated actors tried to order alcoholic drinks in 58 bars. A 2 × 2 design was used, based on (i) the number of actors involved (1 vs. 2) and (ii) the level of intoxication (moderately vs. very drunk). In contrast to earlier studies, research accomplices checked afterward whether the bartenders noticed that the actors appeared intoxicated. RESULTS: In 86% of the cases, the actors were able to buy alcohol, without comments or questions. In 10%, the actors were refused entrance by a bouncer. Only in 4%, the bartender refused to serve. In 81% of the cases, the bartenders remembered the actors: In 93% of those cases, they noticed that the actor appeared intoxicated. Only the "very drunk" script involving 2 actors led to refusals. CONCLUSIONS: The results show that compliance with the regulations regarding overserving to intoxicated guests is problematic in the Netherlands. Misinterpretations of the situation could be ruled out: Most bartenders noticed that the actors appeared intoxicated but served nonetheless." Bonus table from the full text (click to zoom):