A New Way to Verify Nuclear Weapons, With Math 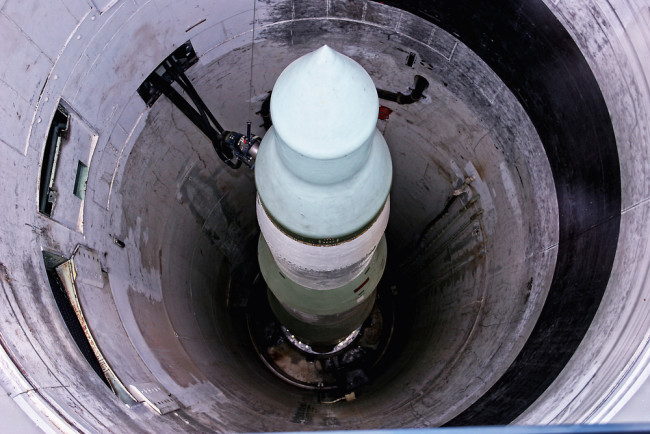 When inspectors come round to verify that arms treaties are being obeyed, they usually just check out a country's “delivery platforms” (silos, submarines, etc), as opposed to the warheads themselves. That's because examining the actual weapons would be a breach of confidentiality: how they're made and put together is secret, and the fewer people that know what's inside a nuclear bomb, the better. Luckily, a group of scientists have devised a way to use math, and neutrons, to figure out if something’s actually a nuclear weapon, without learning anything about what’s inside it.

To do this, the team relied on an indirect verification scheme based on zero-knowledge proofs. Despite sounding like the work of your least favorite political party, the “zero knowledge” here has a specific cryptological meaning: “They achieve the paradoxical goal of allowing one to prove that a statement is true without revealing why it is true,” according to the Nature paper this week about this new method. Basically, rather than checking a thing itself (which would expose information about it), this method encourages a two step process that involves random choices, exposing if the other person is trying to trick you. Examples of such proofs abound on the Internet, using everything from magic caves to Where’s Waldo to the paper’s own example, marble-counting:

Alice (the host) has two small cups both containing X marbles, where X is some number between 1 and 100. She wants to prove to Bob (the inspector) that both cups contain the same number of marbles, without revealing to him what this number X is. To do so, Alice prepares two buckets, which she claims each contain (100 – X) marbles. Bob now randomly chooses into which bucket which cup is poured. Once this is done, Bob verifies that both buckets contain 100 marbles. The protocol reveals no information on X because, regardless of the value of X, Bob always sees 100 marbles in both buckets. However, if the cups did not have the same number of marbles, then no matter how Alice prepares the buckets, with a probability of 50% after the pouring at least one of the buckets will not contain 100 marbles. If Alice and Bob repeat this game, say, five times, then if Alice consistently cheats she will be caught with probability (1–2 ^-5) > 95%.

Discrimination without Information So, how does this translate into testing for nuclear weapons? Fairly analogously, as it turns out. For the most part, the marbles are replaced with neutrons — specifically, 14 MeV neutrons shot at the objects in question. Depending on how the neutrons scatter as they travel through or bounce off the object, it’s possible to surmise what was in it to begin with; but of course, that’s not what we want, that’s too much information. The second half of the story (which corresponds to the buckets) involves the inspectors’ neutron detectors, which will already be preloaded with certain patterns of neutron counts to obscure the scattering results. The inspector won’t have any information about these preloaded values, and won’t see any useful information about the object in question, so no information's getting out. But as long as she consistently chooses which detector to use, she will see the same number of total neutron counts every time — proof that these things she's inspecting really are nuclear weapons. If she doesn't, it means the host is trying to cheat, and the more often the inspector repeats the experiment, the more likely the host is to get caught.

Math to the Rescue

The authors go into meticulous detail describing exactly how you could carry this out, but that’s the basic idea for testing weapons without actually examining them. Another bonus of this approach: The inspector can test out the detectors afterward on her own, to make sure they haven’t been tampered with in any way. And there’s no reason this approach couldn’t work in non-nuclear contexts, too, for verifying other kinds of confidential information without revealing it. From nuclear weapons to Where’s Waldo and beyond, then, zero-knowledge proofs sure have a range of applications.