A Brainy New Chip Could Make Computers More Like Humans 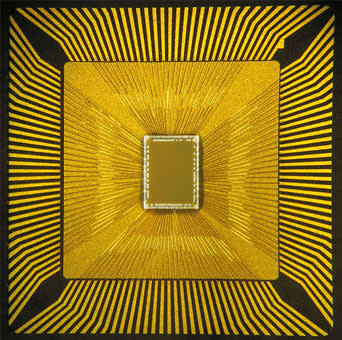 What's the News: Researchers at IBM have developed a new "cognitive computing" microchip

inspired by the brain's computational tricks. These new chips, the researchers say, could make processors that are more powerful and more efficient than today's computers---and better at the flexible learning and responses that are a struggle for current AI systems but a breeze for the human brain. How the Heck:

Today’s computers can carry out fast calculations. They’re left-brain computers, and are ill-suited for right-brain computation, like recognizing danger, the faces of friends and so on, that our brains do so effortlessly. The analogy I like to use: You wouldn’t drive a car without half a brain, yet we have been using only one type of computer. It’s like we’re adding another member to the family.