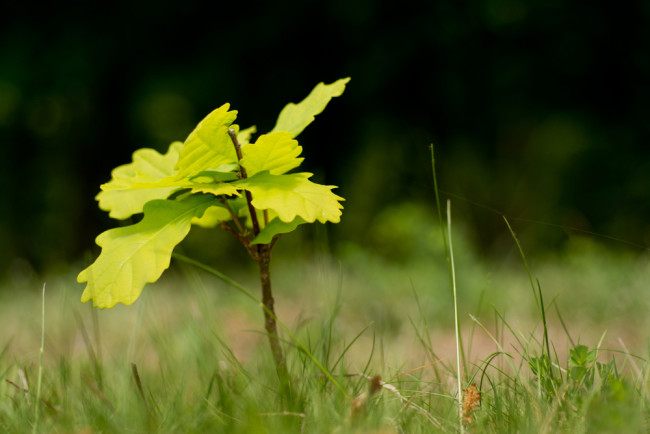 An engineering firm in the United Kingdom wants to change the world 1 billion trees at a time, and they’re relying on drones to do it. The team at BioCarbon Engineering has developed an experimental system that uses drones to plant thousands of trees per day in deforested areas. The aerial technique is cheaper and faster than planting trees manually, and makes it possible for conservationists to counteract voracious industrial appetites for trees. BioCarbon is so confident in its drone tree planters, the company expects to plant 1 billion trees every year.

There are a variety of tree-planting techniques, but the two most popular are planting by hand and dispersing dry seeds from the air. Planting by hand yields good results but is labor-intensive and time-consuming. Spreading dry seeds en masse results in low uptake rates. BioCarbon’s drone planting strategy strikes a balance between these two methods. The technique consists of two stages: reconnaissance, then planting. First, drones fitted with mapping technology fly over a selected area to construct 3-D maps of farmland and plantations in need of trees. Then, planting drones are sent out to conduct high-volume, precision seeding.

The tree-planting drones follow a pre-planned path and use pressurized air to fire germinated seedpods into the ground at specified locations from a height of about 6 to 9 feet. The pods are encapsulated in a nutrient-rich hydrogel, which provides food for the young trees. After planting, the same mapping drones can revisit reforested areas to assess their progress.

Show Me the Money

BioCarbon claims the prototype system is capable of planting tens of thousands of trees each day, which helped it earn $21,000 in funding last year from the Skoll Centre for Social Entrepreneurship. They expect to have the full system up and running by the end of the year. According to a recent study of 34 countries around the world, the rate of deforestation has accelerated 62 percent between the 1990s and 2000s. For the sake of our planet, let’s hope these aerial tree planters can get to work sooner rather than later.

EnvironmentMiss Out on Earth Day? Don’t Worry — Here Are Ways to Help the Environment All Year
Recommendations From Our Store