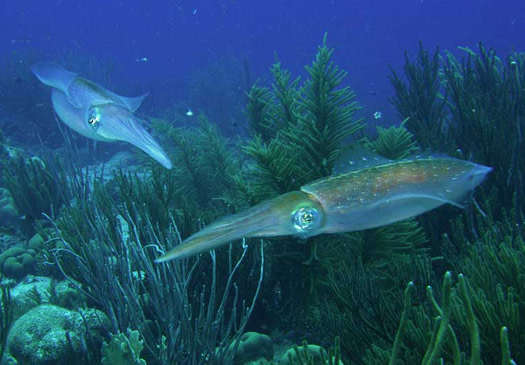 It's hard to improve upon nature: Its intricate forms and patterns were molded over millennia of evolution and fine-tuned to precision. In this gallery of biomimicry--the practice of emulating nature to solve human problems--we take a look at what medicine is learning from the animal kingdom.

The squid beak is a feat of natural engineering. Made entirely of organic materials like chitin, it is both extremely rigid at its tip, yet soft and supple at its base. The beak's dual nature helps explain how the boneless squid can tear its prey limb from limb without cutting itself with the base of its beak.

This crucial insight was provided by a team of researchers from the University of California, Santa Barbara, who suggested that graduated materials like the beak could find broad use in medicine and biotechnology. For instance, scientists could develop an artificial limb that could emulate the elasticity of cartilage on one end and the rigidity of bone on the other. In addition to their functionality, these malleable materials would have the benefit of being both extremely versatile and benign to surrounding tissues, unlike current devices made purely of metal or ceramic. 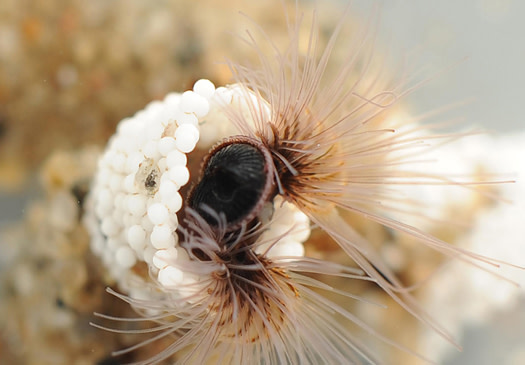 If attention to detail and amount of time invested were the sole metrics of performance, the sandcastle worms' elaborate structures would win any building contest. This diminutive worm assembles its home by painstakingly gluing together individual sand grains, shells, and other particles it finds lying around.

The worm grabs particles with its whisker-like tentacles and drags them to its mouth. If it likes what it feels, it dabs the particles with a small amount of homemade glue and adds them to its growing shell. This process of slowly building intricate shells is not unlike the process of reconstituting fractured bones. In both cases, the glue that holds the parts together needs to be non-toxic, impervious to water, and, perhaps most importantly, quick-acting--all criteria that the sandcastle worm's glue meets.

Russell Stewart, a molecular bioengineer at the University of Utah, therefore believes that a synthetic glue that apes the worm glue's strengths could work remarkably well as a bone adhesive. Early tests have already shown that Stewart's glue is non-toxic, biodegradable, and twice as strong as super glue. 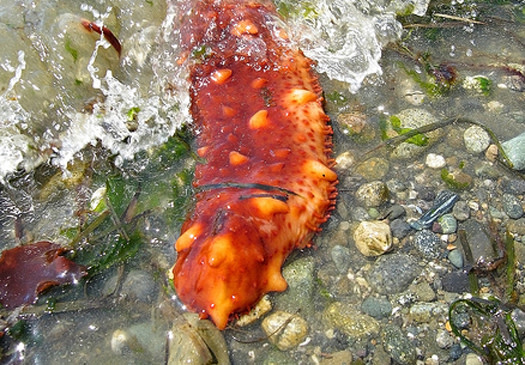 The sea cucumber has recently garnered attention for its unique skin structure. A scavenger par excellence, this leathery creature slithers slowly along the ocean floor, vacuuming up scraps of food. Though its plodding pace and soft flesh would seem to make it easy prey for a predator, it harbors a secret defense: a network of ultrathin cellulose fibers embedded in its skin. When threatened, the sea cucumber stiffens its skin by flooding the network with proteins that bind the fibers together, forming a solid structure.

Case Western University chemist Christoph Weder has developed a biopolymer that, like the sea cucumber's skin, can change from stiff to supple in an instant. The novel material stays rigid, thanks to an embedded web of fibers, until exposure to water ruptures the bonds holding the fibers together (when the water evaporates, the bonds reform). Researchers hope the material could one day be used to replace metallic, implanted neural electrodes with biopolymer electrodes that soften as soon as they touch moist neural tissue, thus avoiding damage to the fragile brain. 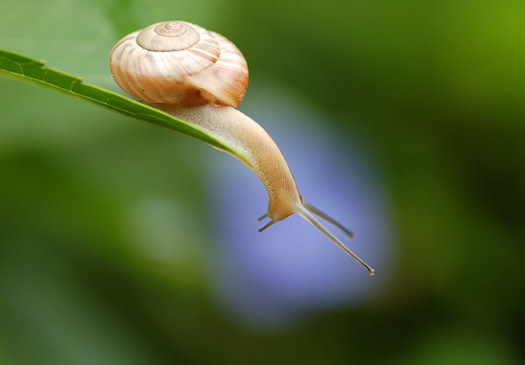 The stringy, gooey material that some snails use to protect their developing eggs could one day inspire a new class of synthetic ligaments for joints. The meter-long egg strands secreted by the channeled whelk snail are often found washed up on the beaches; because of their resemblance to strings of pearls, they are known as mermaid necklaces.

Mermaid necklaces can absorb strong shocks and have a triple helical, rubbery structure that lets them withstand strong wave action without rupturing. The bonds that hold together a necklace's triple helices begin to break as the elastic material is pulled apart. After being stretched to its limit, a necklace doesn't instantly snap back like a rubber band. Instead, the broken bonds that held together the triple helices gradually reconstitute, slowly returning the mermaid necklace to its starting length.

A synthetic elastic that harnessed the necklace's high shock absorption could be used to create self-healing, durable ligaments and tendons in human joints and limbs. Unlike spider silk and other tough materials, mermaid necklaces' proteins can self-assemble, which should make them much easier to produce in large batches. 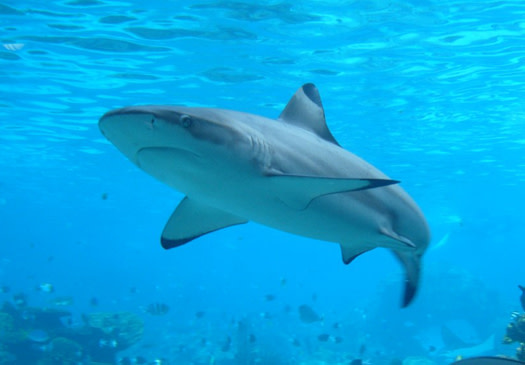 Though better known for their rows of flesh-tearing teeth, sharks' extraordinarily thick skins may be as impressive. Their skin is also coarse in texture, making it impossible for any animals, bacteria, or algae to latch on--unlike, say, a whale, whose skin acts as a magnet for a variety of hitchhikers.

This rugosity made the shark's skin an attractive model for Sharklet Technologies, a Florida-based startup, which has made an antibacterial film based on its design. The film, which is covered with millions of tiny, raised bars arranged as adjacent diamonds, can be applied as an adhesive to surfaces like doors and containers to prevent the growth of bacteria. Created with an eye on hospitals, the company's scientists claim that the films can hold off the formation of bacterial colonies for up to 21 days. Because the films do not actually kill the colonies, there is little risk of the bacteria developing a resistance to them--a major downside to the use of antibiotics. 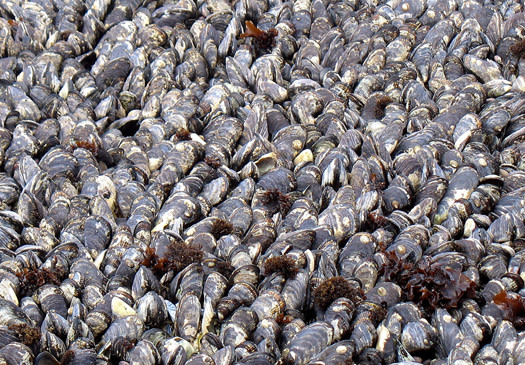 Life in the intertidal zone can be nasty, brutish, and short. Pounded by constant waves, exposed to extremes in temperature and salinity, and preyed upon by a range of voracious predators (including humans), only the hardiest organisms endure. The humble mussel is one of them. Thanks to an incredibly strong matrix of adhesive proteins, known as byssal threads, that it extrudes through its two-hinged shell, the mussel is able to anchor itself to almost any surface--even Teflon.

A team of Northwestern University researchers led by biomedical engineer Phillip B. Messersmith has developed a special two-sided coating for use with medical implants that mimics the mussel's adhesive properties. The sticky side, made with dihydroxyphenylalanine (DOPA), an amino acid that gives the mussel proteins their strength, is used to attach the coating to the implant. The non-stick side, which is covered with polyethylene glycol (PEG), inhibits the build-up of cell debris and bacteria that tend to gum up and contaminate cardiac stents, catheters, and other devices. 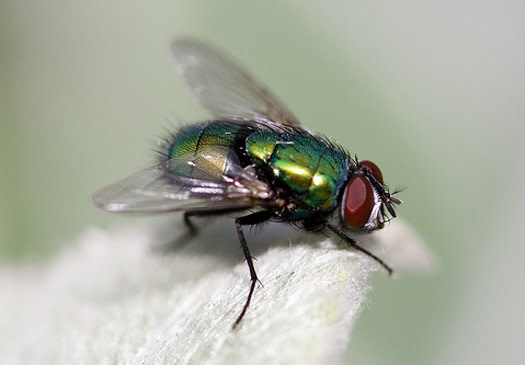 Where most flies use their large, compound eyes to track food and escape swatters, Ormia ochracea, a small parasitic fly, relies on its exquisite hearing abilities. Equipped with two extremely sensitive ears on the front of its thorax, the female fly is able to accurately pinpoint its cricket host by the sound of its singing from up to several meters away. The two tympanal membranes in the fly's ears are joined together by the presternum, a tiny skeletal structure, which magnifies the sound's amplitude and enables the fly to tell with pinpoint accuracy which direction it's coming from.

Inspired by the fly's remarkable capabilities, Ron Miles, an engineer at Binghamton University, built a set of hearing aids that employ miniature directional microphones to imitate the fly's hypersensitive ears. Unlike most hearing aids, which fail to cut through the background noise, Miles' devices allow a user to home in on specific sounds and conversations by copying the presternum's design. Buoyed by funding from the National Institute on Deafness and Other Communication Disorders (NIDCD), Miles hopes to bring this technology to fruition in a new generation of advanced hearing aids. 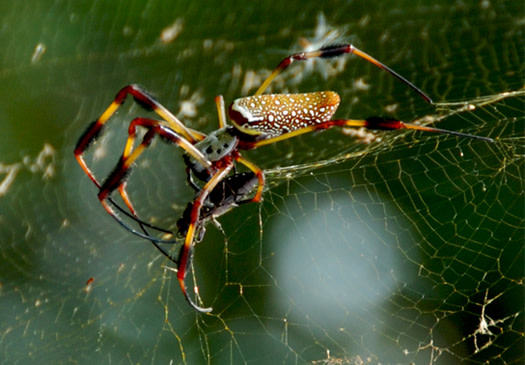 Few materials in nature are as strong yet also as pliant as spider silk. The versatile fiber is made from a mixture of complex proteins in the spider's silk gland and dispensed at quite a clip--an individual spider can produce up to 100 yards of silk a day--from its spinnerets. The particular arrangement of the amino acids in these proteins creates a mix of hard, crystalline regions and amorphous, elastic regions that give silk fibers their amazing tensile strength and elasticity.

These enviable features have made spider silk the frequent target of biomimetic efforts by scientists who hope to produce a synthetic version in large enough quantities for applications in industry, military technology (it's three times tougher than Kevlar), and medicine (as a super-strong, biodegradable suture material, for example). While researchers are still wrestling with this challenge, recent studies have shown that a silk-like biomaterial could be electrospun to construct scaffolds in human bodies. The nanofibers' structural resemblance to proteins like collagen and elastin found in connective tissue make silk an ideal scaffolding material for vascular grafts and bone/cartilage engineering.